We Played Sunset Overdrive and More at Its Star-Studded Launch Party, and It Was FUN 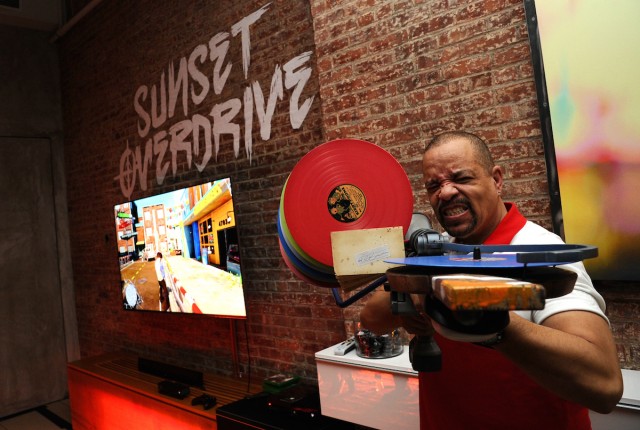 While I can’t speak for how Sunset Overdrive is as a full game, I did get to play it a bit last night along with a bunch of famous people I have no business being in the same room with, and it was a blast. I also played a bit of Assassin’s Creed Unity, and I’ll do my best to tell you about that, too—despite how awful I am at it. Hey, you try focusing on gaming with Michelle Hurst aka Miss Claudette watching.

Actually, I’ll tell you about both Xbox One games at the same time, because playing them back to back, I somehow found some similarities between the neon-zombie-awesomepocalypse and the French-revolutionary-parkourfest. That’s mostly due to the former’s obsession with acrobatics, wall-runs, and grind rails (thanks a lot, Sonic Adventure 2). 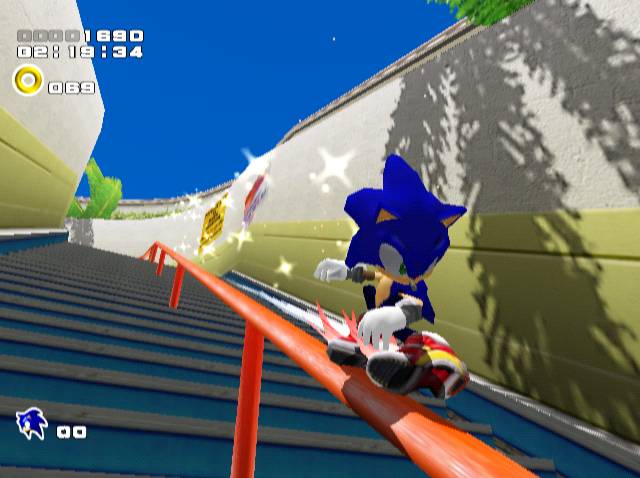 Sonic made this mandatory for every single future game ever.

I played ACU first, and though many of the game’s next-gen trappings impressed me (the architectural detail, the crowds of NPCs, etc), I was a bit underwhelmed by how it controlled. The ACU dev team member who guided me through my demo assured me the controls were an improvement over previous titles in the series and would lead to fewer accidental actions, but they felt a bit stiff. It wasn’t bad by any means, and maybe it has to do with the fact that I’ve actually never played an Assassin’s Creed game before, but it wasn’t very easy to just pick up and play.

And the direct opposite is true of Sunset Overdrive. While ACU‘s controls feel more like a parkour sim that will take time and precision to master for new players, Sunset Overdrive is very much a game in the way it doesn’t want you to make mistakes that get in the way of your grinding, rolling, and jumping around like a maniac. It took me less than two minutes to get the game’s controls down and start shooting crazy weapons at hordes of monsters, and it was a breath of fresh air after the seriousness of ACU.

I picked up someone else’s play session, so I don’t know exactly how the game starts. Sadly, this also means I didn’t get to play with any character customization features, which you may remember we were excited about because Insomniac (SO‘s developer) has allowed players to put any article of clothing on either gender. You can change your character’s gender, skin color, and body type, and I saw a lot of variation when looking at other players’ screens.

The action takes place in a post-apocalyptic, open-world city that looks like a vibrant 1985 neon fever-dream of the future—in a good way. Humans have been transformed into monsters after consuming an energy drink called OverCharge Delirium XT, and it’s up to you, an intrepid FizzCo employee, to clean up your company’s mess.

From what I played of the game, it’s not anything entirely new. You wander around shooting monsters, grabbing pickups and upgrades, and taking on missions from other human survivors. But the tone of the game is perfect and completely matches its over-the-top gameplay style in the same way that ACU is a more serious affair with more nuanced gameplay.

It’s self-referential as a video game in the way that Kid Icarus: Uprising is, which means lots of inside jokes for gamers who acknowledge the things you have to do that you’ve already done in hundreds of games before it. Its sense of humor is spot-on, too. This is a message I got about one of my NPC “friends” on a loading screen: 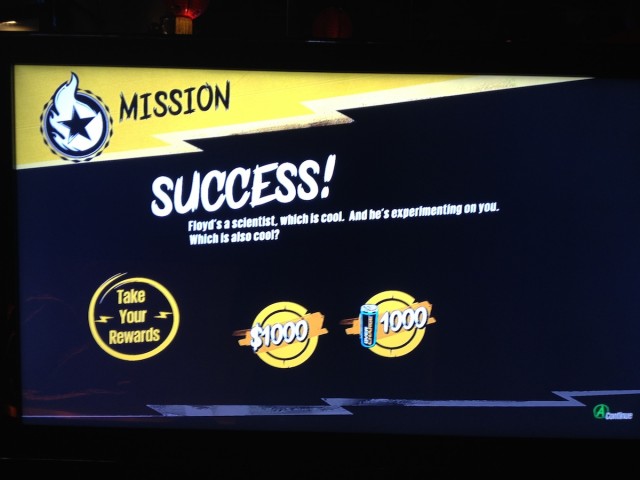 And as I said, this is very much a game that just wants you to have fun. Cars, piles of old tires, and other objects are like giant trampolines to fling you up to the rooftops where a single button press allows you to run on walls or grind on the edge of pretty much anything. You can even swing from wires using your melee weapon as a hook (and easily switch between that and grinding), which reminded me a lot of what BioShock Infinite tried to do with its huge world but kind of failed at despite its high review scores; Sunset Overdrive is one big playground where you really feel awesome and powerful.

If you’re in the mood for something fun and light that might make you crack a genuine smile, the game gets the job done. I can’t give it a full review based on maybe 45 minutes of play time, but if you’ve got an Xbox One and it sounds like your kind of game, it’s definitely worth a try.

I don’t have a lot of room to comment on Assassin’s Creed Unity, but I will say the scope of the game is absolutely next-gen. The developers on hand told me one of their team members took an entire year just on modeling the cathedral of Notre Dame—where my mission took place—in the game’s engine, and it shows. The area I played in felt more lifelike than anything I’ve ever seen in a video game, which is a great thing for the pseudo historical fiction of ACU. Fans of the franchise should be very pleased.

I also can’t tell you about Forza Horizon 2 (already in stores), which they also had a station set up with, because I didn’t actually get to play it. 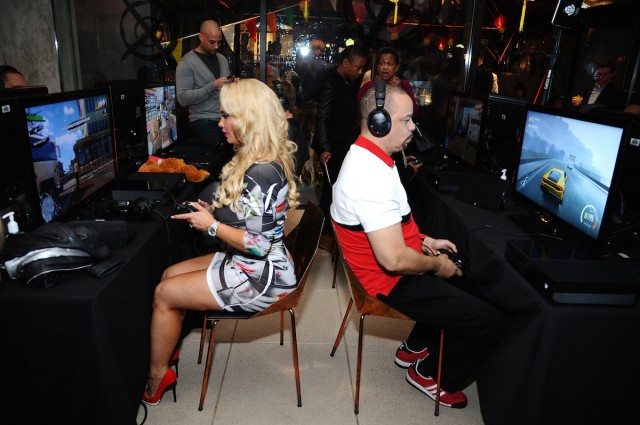 via Getty Images for Microsoft

What? You try gathering the courage to ask Ice-T if you can have a turn.