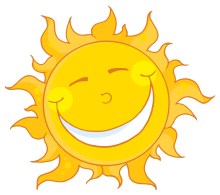 People will do almost anything to lose weight, although admittedly, things like the Twinkie diet don’t sound that bad. A sunshine diet, on the other hand, sounds absolutely horrible, but that’s not going to keep some people from trying it. Then again, when was the last time you saw a fat plant, right? Taking that last bit into consideration, a woman from Switzerland decided to give this diet a shot. Did she lose weight? Definitely. Is she still, you know, alive to enjoy her svelte new physique? Unsurprisingly, no.

The unnamed Swiss woman got the idea from an Austrian documentary about an Indian guru who claims to have lived for a whopping 70 years on the diet. It seems that he knew something that she didn’t, however, because “living” on the diet didn’t work particularly well for her. According to the Swiss newspaper Tages-Anzeiger, the woman was found in her home in Wolfhalden, having died of starvation. Turns out photosynthesis is hard to do.

Chances are the impulse to go on this sunlight diet were more spiritual than weight-loss focused, but that doesn’t make it any less of an moronic decision. What’s more, Tages-Anzeiger reports there have been similar cases in Germany, Britain, and Australia. Of course, while it’s easy to be awed at the idoicy of such a decision, one should also take the opportunity to be awed at the willpower of this woman, idiotically applied though it may have been. The next time you can’t put down that Klondike bar, remember: This woman dieted herself to death. You can probably eat a little more salad and come out relatively unscathed.

(NYDailyNews via Best Week Ever)

Relevant to your spare tire