17-Year-Old Girl Lived on Chicken Nugget Diet for 15 Years, is Rushed to Hospital 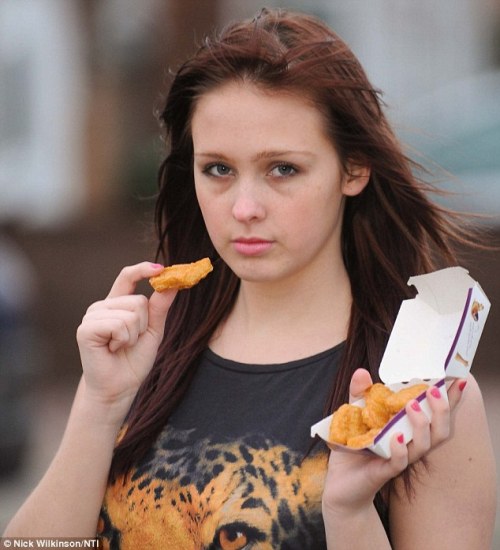 17-year-old Stacey Irvine of Castle Vale, Birmingham was living the dream until just recently; she’d been subsisting on a diet primarily composed of McDonald’s chicken nuggets, sometimes — but rarely — straying from the staple for some KFC or a piece of toast. Just recently, however, it all caught up to her when she had trouble breathing and collapsed. She was taken to the hospital where doctors found swollen blood vessels in her tongue and the prescense of anaemia and promptly loaded her up with vitamins. Considering she has had neither fruit nor vegetable — outside of ketchup, maybe — in 15 years, it’s a small miracle she didn’t also have scurvy.

She’s been doing this since she’s two. How could that possibly happen? Where’s the parental intervention? Well, it was there, but only to a point. Stacey’s mother told The Sun, “I’m at my wit’s end. I’m praying she can be helped before it’s too late. It breaks my heart to see her eating those damned nuggets.” As a child, it seems, Stacy would absolutely refuse to eat any other food, preferring to starve herself. Her mother eventually settled for simply getting her to eat. Having been an exceedingly difficult child myself, I can see how this might happen. Stacy didn’t grow out of the phase, however, and continued to eat nuttin’ but nuggets for 15 whole years.

Let’s talk health implications, shall we? Obviously this is bad for you, but in a variety of bad and interesting ways. First of all, that means she has at least 33% more fat in her diet than recommended. Somehow, she’s managed to avoid becoming obese; it’s unclear exactly how. Second, she got almost no vitamins. Having not eaten a fruit or vegetable in 15 years, she had to subsist on vitamins available in fries and nuggets which can account for about 10% of her daily vitamin C needs, and nothing else. Third, her salt intake was through the roof at about 912mg per day, twice the recommended amount, every single day. Granted, there are more, but you can probably figure out those yourself.

The hope is that now that her diet has caught up with her dramatically, but short of death, she’ll change her ways and go eat some broccoli or something. That may not happen, though. As you might suspect, both habit and possibly addiction, are major players in this game. Despite being told, quite plainly, that this diet will kill her, Stacey is still having trouble shaking the nuggets. She did admit, however “I am starting to realise this is really bad for me.” And starting is a start, I guess.

For the record, Stacey’s siblings eat like normal people. Hopefully their sister will join them. Vegetables aren’t that bad. I mean, they’re far less disgusting than chicken nuggets, right?

Bonus: A picture of Stacey with all her Happy Meal toys. 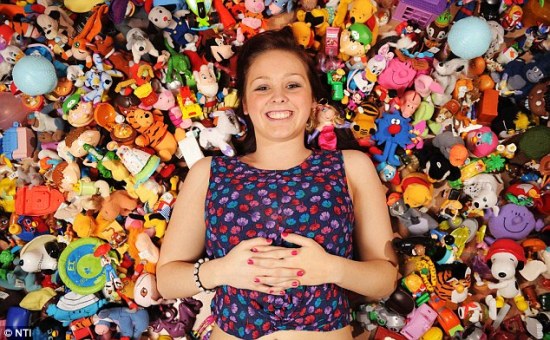