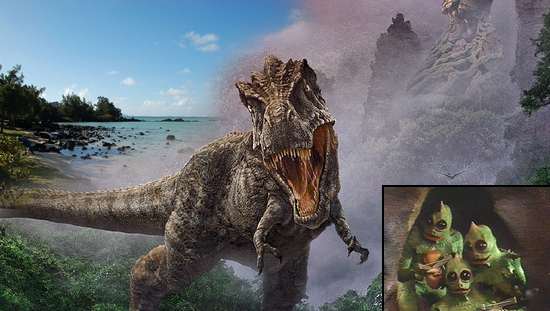 If you’re the hidden remains of a microcontinent that sank beneath the waves billions of years ago and you’re trying to stay hidden, don’t go letting trace amounts of you wash up on tropical beaches. We’re just saying, it doesn’t help. Case in point: A study of the sand on the volcanic island of Mauritius now leads geologists to conclude that there may be the remains of a microcontinent lurking beneath the Indian Ocean. There are no lost treasures from ancient civilizations washing up yet, but if movies have taught us anything, that’s just a matter of time.

A microcontinent is exactly what it sounds like — a baby continent, which is still a gargantuan island that broke off from a still larger land mass. Madagascar, for example, is such a fragment, having once been part of the supercontinent Pangaea. In fact, it’s in the water between Madagascar and India where a University of Oslo geologist Bjørn Jamtveit, believes the long-lost microcontinent once stood.

The evidence is found in zircons, a crystal particularly resistant to erosion or chemical change — although “zircon” also sounds like the perfect name for a red-skinned, invading alien race, or at least a species of Sleestak. Jamtveit and his colleagues found twenty different varieties of zircons among the sands of Mauritius, and they pre-date the native volcanic rock by a long shot. Like, a serious long shot — the zircons clock in at 1.97 billion years old to the basalt’s comparatively young 8.9 million years.

The evidence suggests that volcanic eruptions on Mauritus have spewed zircon-infused shards up from the ancient crust beneath, thus revealing the lost land. Further evidence comes from analysis of the Earth’s gravitational field in the Indian Ocean, showing that the sea-floor crust in the region is far thicker than normal — suggestive of a sunken landmass. At this point, only surveys of the ocean floor and the rocks within will be able to yield more results.

We here at Geekosystem assume that Mauritia — as the theorized microcontinent has been dubbed — was once rampant with alien prospectors, Atlantean foreign-exchange students, and at least one family of T-Rexes. And perhaps we will see it rise again. “Sunken” and “lost” doesn’t mean dead. After all, that is not dead which can eternal lie.