Pizza! I need it! 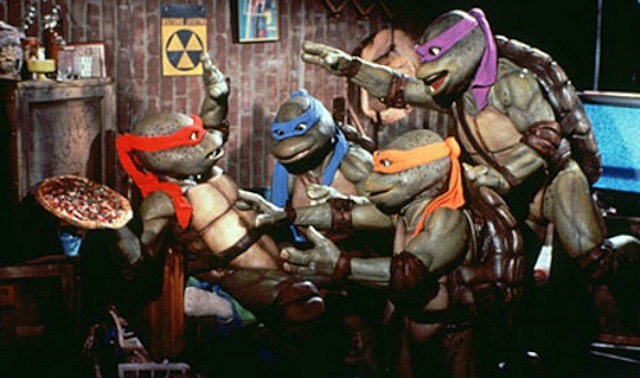 You just said the magic word!

A new study to be published in the journal Pediatrics has challenged the long-held belief that frequent pizza consumption from an early age will turn you into a muscular ninja master. It also won’t restore your health when you find it lying in random locations, no matter if it’s a half pie or whole.

Science says it’s not worth the trouble, Donny.

In fact, the authors of the study suggest that scaling back to just a quarter pie might be best for children’s health, as portion control is one of the pizza problems they’re concerned with. Additionally, they found that 22 percent of kids ages 6 to 19 have pizza on any given day, and pizza made up 20 percent of calories on the days it was consumed, which tended to have higher calorie counts than other days.

That on top of extra salt and saturated fat intake has led the researchers to conclude that pizza is one of the most damaging foods to the health of children. Not only do they suggest that pizza consumption should be restricted to two slices for a meal, but they don’t want kids to be too into pepperoni and cheese.

What do they recommend instead? Question: Do you like… vegetables on your pizza? They also push for thinner crust and less cheese. Good night, sweet pizza.