Review: Strangers in Paradise XXV Is a Great Jumping-On Point 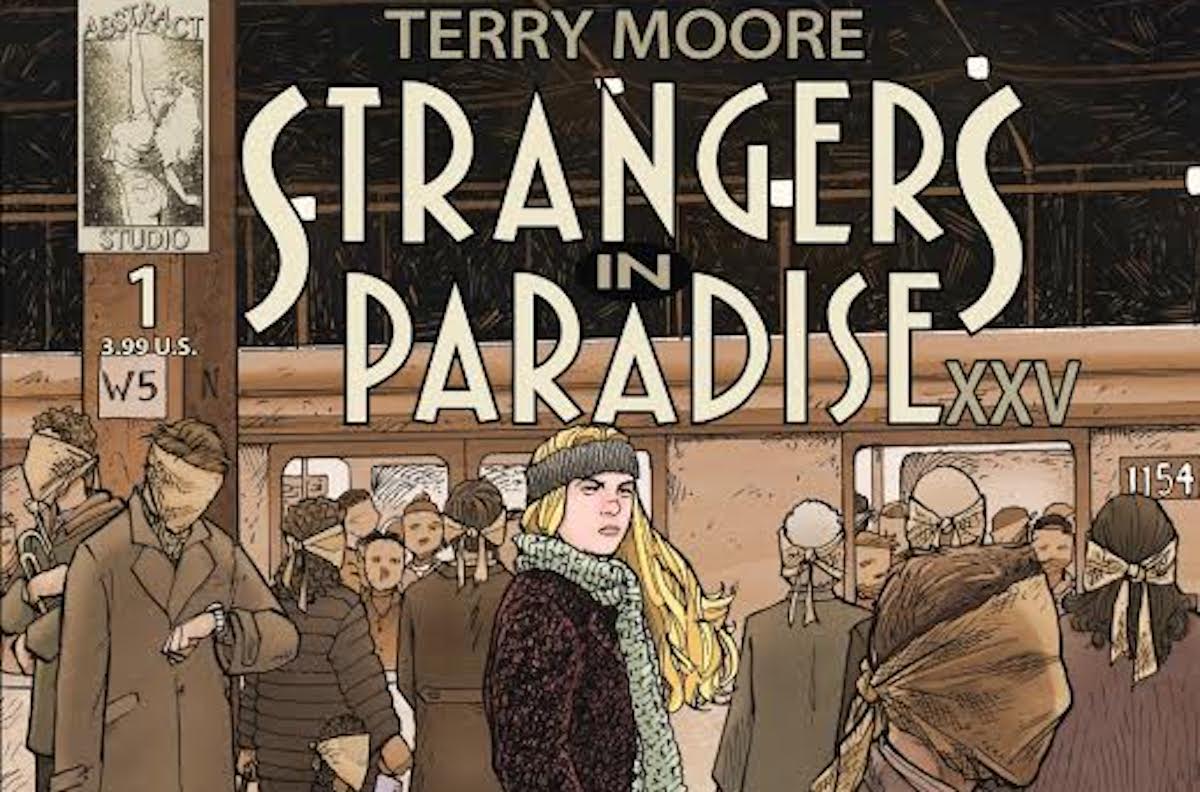 First published in 1993, Terry Moore’s Strangers in Paradise is an acclaimed slice-of-life romance centered on Katchoo (Katina Choovanski) and Francine. Known for its well-written woman characters and LGBTQ representation, Strangers in Paradise was on my radar in a “to-read … eventually” sort of way. I had read and enjoyed Moore’s more recent series, Motor Girl, but was a little daunted by catching up with his longer-running series.

Why? Well, I know some people will find what I’m about to say abhorrent and wrong, but hear me out: I love spoilers. The second a movie premiers, I’m searching the internet to find out what happens. I always skim the end of a book before I start reading it. I don’t know what compels me to do it; I just love to reverse engineer a story more than I love being surprised by it—or at least, I usually do. Spoiler alert: Sometimes I am wrong about things.

You would think that a penchant for spoilers would make it easy for me to jump into an established series or fictional world, but it’s actually kind of the opposite. I hate not knowing all the details. I hate feeling like I’m missing things. So, when a coworker recommended that I check out Moore’s & Steve Hamaker’s Strangers in Paradise XXV, my initial response was, “Oh I can’t, I haven’t read the original series.”

While long-running comics are unquestionably excellent for their ability to develop a deep, character-driven narrative, they can be somewhat intimidating to new readers. Catching up on a book that numbers in the hundreds is a formidable task, even if you can look up spoilers to pull you along. People in comics will describe something as “a great jumping on point!” but what does that really mean when you have only a vague sense of who the characters are or what their stories have been up to now? Often it means you’re going to be confused for a while.

In this case, I decided to go ahead and just jump on, and I found that Strangers in Paradise XXV really was a good jumping-on point, because it’s an entirely new story about Katchoo and Francine. While it probably took me a little longer to get my bearings than it would be for fans already familiar with the characters, I didn’t feel as though I was stumbling into the middle of something. Yes, these characters have a lot of history that’s relevant to the story here, but Moore gives new readers what they need to keep up. I wasn’t confused; rather, there were some pretty great surprises, even for a spoiler-lover like myself.

Not only did I “jump on,” but I uncharacteristically started reading the first issue of XXV without looking up anything specific about the plot, or anything from the original series. Slice-of-life, romance, leading ladies? Okay, got it, let’s do this. And then suddenly, within the first few pages, the wife in this pleasant, seemingly normal couple is actually a spy. And then I learned that Katchoo used to be involved in some sort of espionage organized crime cabal, the Parker Girls.

Tia Vasiliou is a senior digital editor at comiXology. You can find her on Twitter @PortraitofMmeX. She promises not to post spoilers.