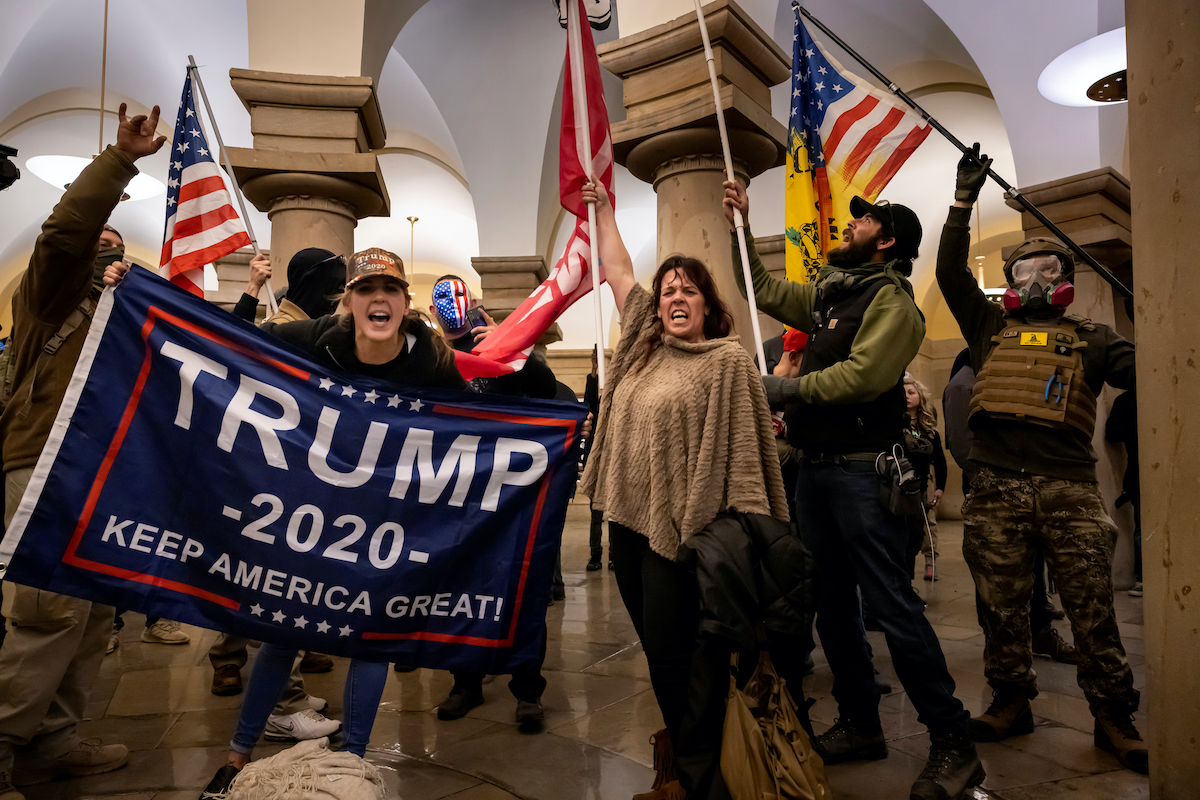 The riot at the U.S. Capitol on January 6th was the culmination of two full months of Donald Trump supporters—as provoked by Trump himself—claiming that the November election had been “rigged” and “stolen” by Democrats.

There was plenty of evidence that this was false, from the numerous court rulings and case dismissals to the simple fact that if Dems were going to “rig” an election, you’d think they’d focus on down-ballot races to sweep the House and Senate as well (and maybe not let actual maniacs like Marjorie Taylor Greene into office). But nothing could convince these people what they felt to be true: that they voted for Trump and therefore everyone else must have also.

But as it turns out, quite a few of those insurrectionists didn’t even bother to vote for Trump or anyone else in November.

CNN looked at the voting records of 80 people who were arrested after the Capitol riot. Those records don’t show who a person voted for, but they do list a person’s registered party and whether or not they voted in a given election. Most of those 80 were registered Republicans, although a few were registered Democrats, and at least eight–meaning a full 10%–did not vote in the last presidential election.

Yes, of the people who felt so strongly about the election that they violently broke into the Capitol building to prevent the confirmation of its results, 10% of them didn’t care enough to actually participate in that election in the first place.

There are some explanations for this that make sense. As CNN notes, “They could have believed the system was rigged, as the ‘Stop the Steal’ movement claims, in which case there would be no point in voting.” The outlet quotes Jessica Stern, an expert on extremists and a Boston University professor, who says that for a person to vote, “you would have to believe in the ethic of voting more than you thought it was a waste of time…and see it as a moral imperative. You have to believe the system works for everyone, that it’s for the good of the country.”

A lot of these “stop the steal” QAnon diehards obviously don’t believe that, so it makes sense that they wouldn’t bother voting.

Others, though, likely don’t care about the election as much as they do the spectacle of an event like this or the feeling of specialness that comes from pretending you are being persecuted for your extreme privilege.

“They could be more attracted to the theater, violence or attention they would get from a demonstration like the one at the Capitol than to actually achieving their purported goal—in this case, different election results,” writes CNN.

There’s a certain brand of obstinate, noxious conservative that is constantly accusing progressives of “virtue signaling,” and it’s always been clear that they do that because they can’t imagine actually caring about something. They assume the only reason someone would talk about (or act on) their values is for attention. So it makes sense that that would be what at least some of the participants in this riot were doing.

What’s the opposite of virtue signaling? Degeneracy signaling? Yeah, that sounds about right.