On Stonewall and Social Media’s Impact on Feminism 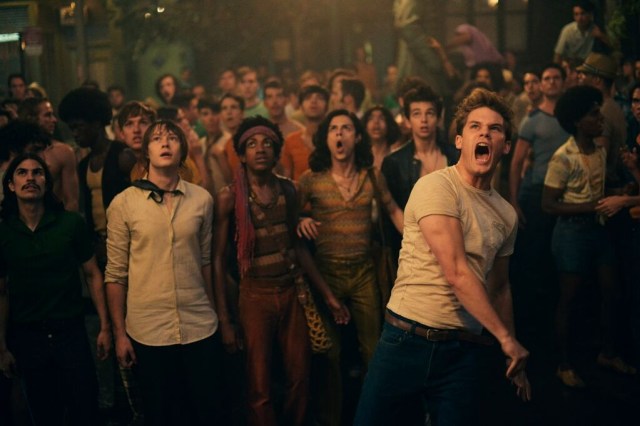 Several months ago, the queer feminist community was abuzz with news of an upcoming film titled Stonewall, slated to release September 25. The film aims to portray the events leading up to the Stonewall riots, a series of radical protests led by queer women of color that eventually sparked the modern Gay Rights movement.

After watching the trailer, which premiered August 4th, it became apparent that director Roland Emmerich had repeated an offense committed all too often in Hollywood: whitewashing history. In doing so, the director missed a great opportunity to highlight the black and brown trans womyn of color, butch lesbians, drag queens, homeless queer people, sex workers, gay, bi, and pansexual people that were integral in inciting the riots in the first place, many of which are still alive.

Whitewashing and ciswashing history, especially when depicting events as radical as the Stonewall riots, comes as an insult to many queer people, including the activists themselves. Since the trailer was released on August 4th, over 20,000 people have signed a petition vowing to boycott the film. The creator of the petition stated,

It is time that black and brown transwomyn and drag queens are recognized for their efforts in the riots throughout the nation. From the preview alone, we know that will not be happening . Majority of characters casted are white actors, cis men play the role of transwomyn, and folks who began the riots do not seem to be credited with such revolutionary acts.
WE ARE CALLING A BOYCOTT OF STONEWALL. Do not throw money at the capitalistic industry that fails to recognize true s/heros. Do not support a film that erases our history. Do not watch Stonewall.

This boycott is just the latest in a series of protests that have been made possible on a national scale, and it’s fast success speaks volumes of the veracity of the activists involved, as well as social media’s impact on feminism’s influence.

(The real leaders of the Stonewall Riots.)

As social media has grown to become one of the most influential communication channels in human history, its rise in popularity as a medium has helped change the way that feminist activism works, often for the better. Social media has made it possible for feminists to participate in national boycotts, publicly call out rapists and abusers, and organize public protests.

Occupy Wall Street was one such campaign that used social media as a means of organizing public protests. Over 600,000 people currently like the page on Facebook, and the movement spread to over 1500 cities across the globe, with Facebook pages popping up in most major cities.

Social media’s impact has also incited revolution across the globe. Last year, hundreds of thousands of protesters marched the streets of Kiev to call for the resignation of President Viktor Yanukovych and his government, which and resulted in the 2014 Ukrainian revolution. According to research compiled by University of Southern California’s Public Administration Department, 49% of Ukraine’s citizens learned about protests through social media.

The invention of the hashtag in particular has been revolutionary for giving disenfranchised groups a voice when they would normally not be given the platform. In fact, the hashtag is credited by some as being the feminist’s most powerful tool.

Twitter campaigns like #blacklivesmatter (created by Alicia Garza, Patrisse Cullors, and Opal Tometi, pictured above) call attention to the ways in which Black people are deprived of their basic human rights and dignity in our culture. #yesallwomen has been a platform to share how acts of everyday sexism and violence have affected women in their day to day lives. #whyIstayed highlighted personal stories of domestic abuse victims that couldn’t leave their situation. And #girlslikeus allowed trans women and girls to exert and celebrate themselves in a world that rarely, if ever made room for them.

Of course, there’s still a lot of work to be done on behalf of intersectional feminism. Traditional forms of activism will likely always be necessary to carry out major systemic change, and social media is far from being the end all be all to feminist activism.

But as the boycott of the Stonewall film suggests, social media is helping to get a message across, both to our own communities, and to those outside of the community. It has provided a platform for marginalized people to speak up and have our voices validated and elevated, in a society where we would otherwise remain voiceless.

Danika is a musician and writer from the northwest with an unhealthy obsession with Drake. You can listen to her music here, read her work here, or laugh at her slew of her bad selfies here.