Several 1.5-Ton Gargoyles Have Gone Missing From a Church, Somebody Question David Xanatos

Maybe they're out on some kind of world tour? 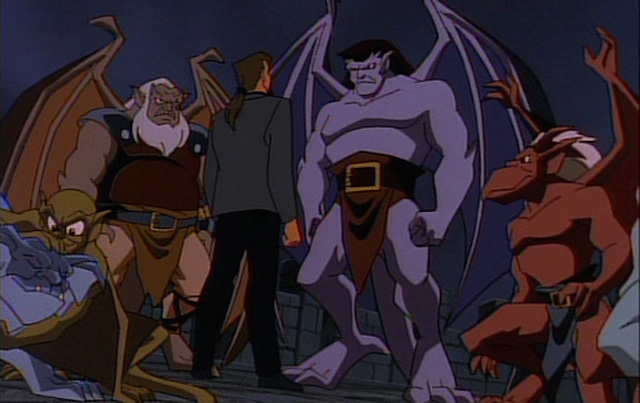 A bunch of impractically large gargoyles have disappeared from a church in Massachusetts, and church officials have no idea what happened. I mean, it’s not like they could just get up and walk away, right? Related: Has anyone recently reconstructed any ancient castles at the top of a skyscraper?

The Chestnut Street Congregational Church in Worcester, now owned by Liberty Church, is a 119-year-old, one-fifth scale replica of the Notre Dame cathedral in Paris. Does that mean Notre Dame has 7.5-ton gargoyles? Hardcore, France. Why didn’t Goliath get their help?

Anyway, the church was supposed to have moved approximately four gargoyles—the exact number is hard to verify now that they’re not there—to its basement as part of a long battle against its demolition. But when Preservation Worcester stopped in for its yearly review of the church to make sure everything was in order with the church and its restoration efforts, the gargoyles were no longer in the basement.

The current theory is that the gargoyles were removed from the church during construction by a company that has since gone out of business and had its assets sold at auction. It’s thought that the gargoyles weren’t part of the auction but were still likely sold. This has presented a dead end, though I would suggest looking up any eccentric billionaires who own possible weaponized tech companies.

The hunt is still on, though, as Liberty Church and Preservation Worcester are committed to tracking them down and ensuring their safe return. Deborah Packard, director of Preservation Worcester, told the Telegram, “Our fear is that the gargoyles were taken out and subsequently may have been sold,” she said. “Dr. Cladis is trying to track down the bank. Our intent is to find these gargoyles and have them placed back on the building.”

Aside from historical significance, I imagine they’re mostly concerned about finding the gargoyles for security purposes. If the Arkham games have taught me anything, having some gargoyles to hide behind is integral to securing any area.