There Are No Pumpkins in Middle Earth | The Mary Sue

According to Game Developers, There Are No Pumpkins in Middle-Earth 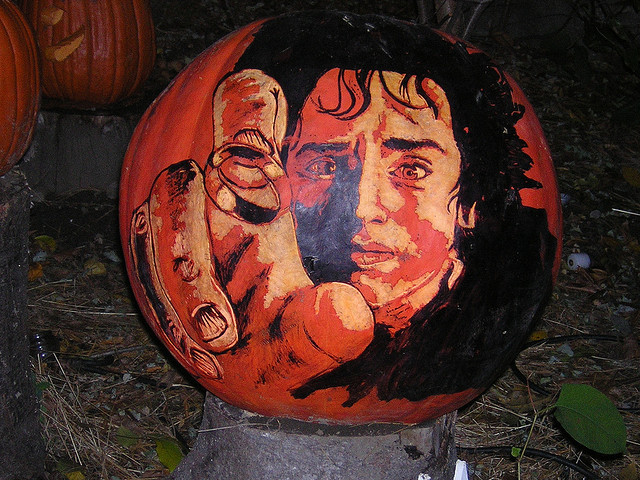 Some good news for that small subsection of people who wish hobbits were real, but who also get real sick of the annual invasion of gourd-based decorations every autumn: If you lived in Middle-Earth, you would be safe from the all seeing eye of the pumpkin spice, because pumpkins don’t exist there. Okay, but they must have them in Valinor, right? Otherwise what’s the point of even going?

This news comes to us by way of Polygon writer Alexa Ray Corriea who, while playing the game Middle-Earth: Shadow of Mordor, remarked that she could have sworn she’d heard two Uruk Hai talking about pumpkin spice lattes. Amidst the pumpkin-related Twitter jokes swooped in Jeff Pobst, current Hidden Path Entertainment CEO and former developer on Sierra Entertainment, to officially set the record straight: There are no pumpkins in Middle Earth. Like, at all. Not even a little one.

According to Pobst, who worked on the Xbox version of 2002’s The Fellowship of the Ring adventure game, initially there were going to be pumpkin patches in the Shire and “the Tolkien Enterprises people went nuts about it,” to the point where production had to be shut down while the pumpkins were removed. The reason? Because Middle-Earth is meant to be inspired by an ancient version of Europe, and pumpkins are native to North America. Therefore, nobody who lives in the Shire would ever know such a plant existed. Meanwhile, elves and dragons are real. I just want to point out the dichotomy there. Pumpkins: no; elves and dragons: yes.

As Corriea notes, makers of 2003’s The Hobbit game faced similar issues with tomatoes, which are also native to North America. Wait, they have no tomatoes? So then why the hell do they show up in the middle of Peter Jackson’s Return of the King? Does this mean Minas Tirith has a secret and magical stash of tomatoes somewhere that Denethor’s tending more lovingly than he does exactly half of his children? Wait, don’t. We know the answer to that.

(via Polygon, image via bwats2)

J.R.R. TolkienMiddle-Earth: Shadow of MordorpumpkinsThe HobbitThe Lord of the Rings