Steven Spielberg is Proud of Nuking Indy in a Fridge; Also Says Things About Jurassic Park 4 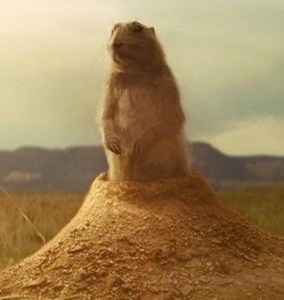 “The gopher was good. I have the stand-in one at home. What people really jumped at was Indy climbing into a refrigerator and getting blown into the sky by an atom-bomb blast. Blame me. Don’t blame George. That was my silly idea. People stopped saying ‘jump the shark.’ They now say, ‘nuked the fridge.’ I’m proud of that. I’m glad I was able to bring that into popular culture.” — Steven Spielberg, on parts of Indiana Jones and the Kingdom of the Crystal Skull that people hated and blamed on George Lucas. But you’re not really here for that, are you? Because you saw something about Jurassic Park 4 in the headline? Well, we have a quote on that, too, and it involves the official writing of a script.

We will not leave you hanging. Here is Spielberg’s quote from Empire on the next installment of Jurassic Park:

“The screenplay is being written right now by Mark Protosevich. I’m hoping that will come out in the next couple of years. We have a good story. We have a better story for four than we had for three…”

This is great news, because this means that there might actually be a story in the next Jurassic Park! But Spielberg had much more to say about the next Indiana Jones movie, saying that … he would leave it up to George Lucas to say more:

“You have to ask George Lucas. George is in charge of breaking the stories. He’s done it on all four movies. Whether I like the stories or not, George has broken all the stories. He is working on Indy V. We haven’t gone to screenplay yet, but he’s working on the story. I’ll leave it to George to come up with a good story.”