Steven Moffat Explains Why Doctor Who Companions Are Young, Attractive Girls, and It Sure Makes Sense 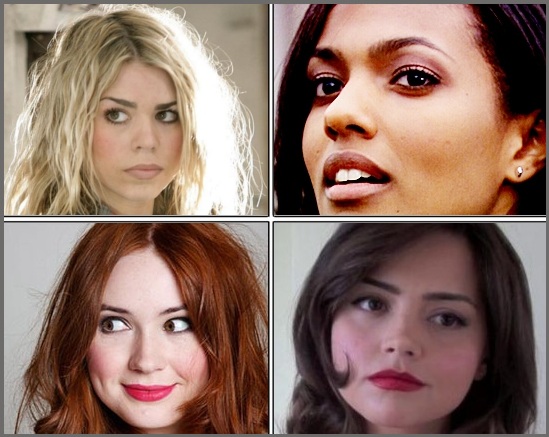 Not too long ago, we got word that Doctor Who will, par for the course, get a new companion in the upcoming season to replace Amy Pond and Rory Williams: Jenna-Louise Coleman. As you might notice, she’s quite pretty, which might also lead you think about the past companions, all of which (from the 2005 reboot series) are attractive, most of which are empirically gorgeous. With the whole hullabaloo that seems widespread on the Internet regarding the Doctor someday being played by a female, one might also run into people speculating or complaining about how most of his companions are, by and large, young, attractive females. Showrunner Steven Moffat has a pretty simple answer regarding that, and it sure makes sense.

No, Catherine Tate isn’t unattractive, but she’s not part of the group to which Moffat is referring, which contains four out of five young, super gorgeous females. Speaking in an interview in Doctor Who Magazine, Moffat addressed why, canonically speaking, young, attractive females always seem to end up as the companion:

“…you are always going to have the same sort of person, just because it’s the same man choosing them, and it’s the same person being chosen.

I think the function of a companion is pretty simple. I don’t think that’s very difficult. It’s just a question of who credibly is going to agree to go in the TARDIS? Who’s going to do it? Is it going to be a mother of 15 children? No. Is it going to be someone in their 60s? No. Is there going to be a particular age range? I mean … who’s going to have a crush on the Doctor? You know, come on! It’s more than a format. It’s evolved from good, dramatic reasons.”

That sure makes sense, doesn’t it? As far as we’re aware, the Doctor is heterosexual; he had a wife and children back before he traveled the universe in his blue box, and with the recent series, he’s fallen in love with a female, and has only been attracted to females (in other standalone love affairs). He travels the universe alone, and the whole thing about his character is that he’s the loneliest being in the universe. So, logically, what would the loneliest being in the universe (who really hates being lonely) do? Look for companionship. And whatever that being’s sexual identity might be (whether it straight, gay, or pansexual, as we’ve experienced with Captain Jack) is probably what that being would lean toward when trying to stave off loneliness. “Okay, but why are the young, attractive females always straight and love the Doctor?” you might ask. Another simple answer: People are more likely to be drawn to people they’re drawn to, so a straight female with a propensity for crushing on mysterious, ridiculously charming, heroic men will probably go ahead and follow that kind of crush.

Basically, it’s all logic and probability.