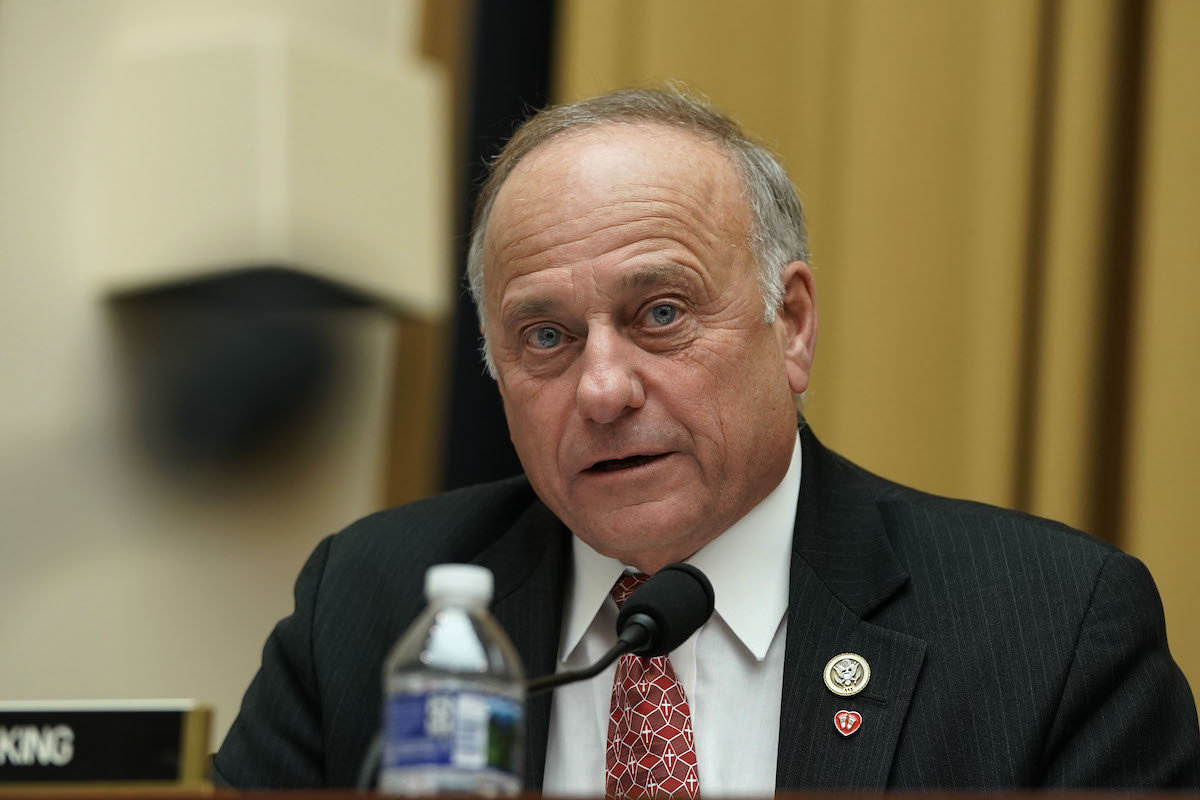 By now, you’ve probably already heard noted white supremacist Steve King’s comments that glorified rape and incest. In the same week that Tennessee state lawmakers proposed an amendment to ban all abortions without exceptions for rape and incest, King seemed to not only defend but advocate for legislation like this with the logic that rape and incest

King insisted “it’s not the baby’s fault,” and therefore the fetus should not be punished, via abortion, for being the product of rape, and continued, “What if we went back through all the family trees and just pulled out anyone who was a product of rape or incest? Would there be any population of the world left if we did that?” according to the Des Moines Register. Even for a politician who has repeatedly lauded white nationalism and seems to find new, degrading commentary on immigrants, people of color, and women each day, King’s apparent support for rape and incest marked a new low.

Whatever King thinks, though, the rape exception is too often used by abortion opponents as a means to make their cruel, extreme legislation seem more palatable and come off as more humane and compassionate than it really is. To that end, it arguably benefits anti-choice politicians more than actual women and survivors.

Callous inclusion of the rape exception slapped onto laws prohibiting insurance coverage of abortion, or bans on later abortion, or any other restrictions, could actually be detrimental to survivors, as this sends the false message that coming forward about one’s experience with rape and proving this experience to law enforcement and doctors are easy and simple things to do. The reality is that many survivors of sexual violence don’t want to come forward. Forcing them to do so just to access healthcare that should simply be a human right is an especially cruel attack on the privacy and autonomy of individuals who have already had to endure so much.

Women and pregnant people’s access to healthcare and bodily autonomy should never be contingent on how they became pregnant, nor whether they’re able to prove to law enforcement and doctors that they were raped. Often, we hear about the jarring maternal death rates that go hand-in-hand with increased restrictions on abortion—a common phenomenon across different states with very different abortion laws—because it’s important to remember that without safe, legal, comprehensive access to abortion care, many women, and disproportionately low-income women of color, will die. But every now and then, it seems worth pausing to remember that women shouldn’t have to die, or face near death experiences, just to be entitled to healthcare and autonomy.

The bottom line is that consent to sex is not and never will be the same as consent to pregnancy, despite how this seems to be the line of thinking employed by anti-choice politicians who support abortion bans with rape exceptions. They’re wrong, of course: An unwanted pregnancy without access to the resources to make an autonomous decision about the pregnancy marks a fundamental invasion and violation of women’s bodies, regardless of whether they consented to the sexual encounter that led to conception.

Reproductive coercion and sexual violence are two sides of the same coin of misogyny. Both are entirely about patriarchal control and hegemony over women’s bodies, and asserting to women that our consent, or lack of it, means nothing—that when we become pregnant, we immediately forfeit our bodily autonomy and personhood by proxy.

All of the anti-choice Republicans criticizing King for his extreme position need to take ownership of the fact that their stances in support of abortion bans—albeit with exceptions—are hardly much less extreme, if any less, at all. Like King’s statements this week, their ideologies and bills are rooted in forced birth and denying women choice and autonomy. Their constant misrepresentation of abortion as murder, of women and abortion providers as literal killers, form the narrative basis through which politicians like King are able to denounce all abortions—including in cases of rape—as the killing of a child.

King’s choice to humanize fetuses and dehumanize women, and his words painting women and abortion providers as hellbent on eradicating the human population, are extreme, but they’re not an aberration from that which we hear from his fellow anti-choice politicians every day. Their words are often masked with feigned compassion and loving words about family, children, and forgiveness, but make no mistake that their policies of forced birth—of putting ideology before women and pregnant people’s safety, dignity, and lives—are one and the same with King’s words.