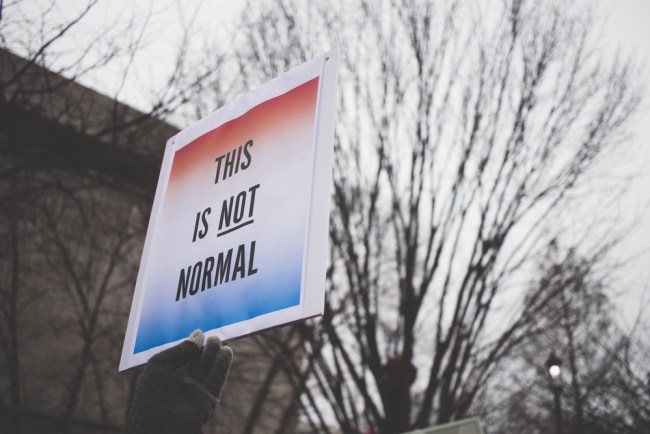 Iowa Representative Steve King, who previously made a TMS headline by introducing a national version of the heartbeat bill and has publicly asked what other “subgroup[s]” besides white people have contributed to civilization, has moved on to advocating straight-up white supremacy.

Wilders understands that culture and demographics are our destiny. We can’t restore our civilization with somebody else’s babies. https://t.co/4nxLipafWO

Many commentators have previously argued that Trump, Steve Bannon, and their allies aren’t really concerned with terrorism or undocumented immigration. Rather, they want to curb legal immigration, and reverse the demographic shifts that come with it. Bannon actually said as much out loud in a conversation with Stephen Miller, asking, “Isn’t the beating heart of this problem, the real beating heart of it, of what we gotta get sorted here, not illegal immigration? As horrific as that is, and it’s horrific, don’t we have a problem? We’ve looked the other way on this legal immigration that’s kinda overwhelmed the country?”

King has glommed onto this line of “thinking,” with a tweet that deplorably divides the United States into those who are part of “our” civilization and those who are “somebody else’s babies.” He plays into white nationalism’s “invasion” narrative by suggesting that American civilization itself is under attack from immigrants–instead of, you know, from a cabinet that hates the free press and the independent judiciary.

They are not being subtle about this. Trump’s administration has brought the racists out into the open.

Kim Weaver, who ran against King and lost in 2016, has stated that she is willing to run against him again in 2018 if she can get the funds. I don’t know much about Weaver or how likely she is to run, but you can read up on some of her positions here.