Racist Rep. Steve King Says He Has Nothing to Apologize For | The Mary Sue

Racist Rep. Steve King Says He Has “Nothing to Apologize For” So Let’s Remind Him of All the Horrible Things He Says He Doesn’t Regret 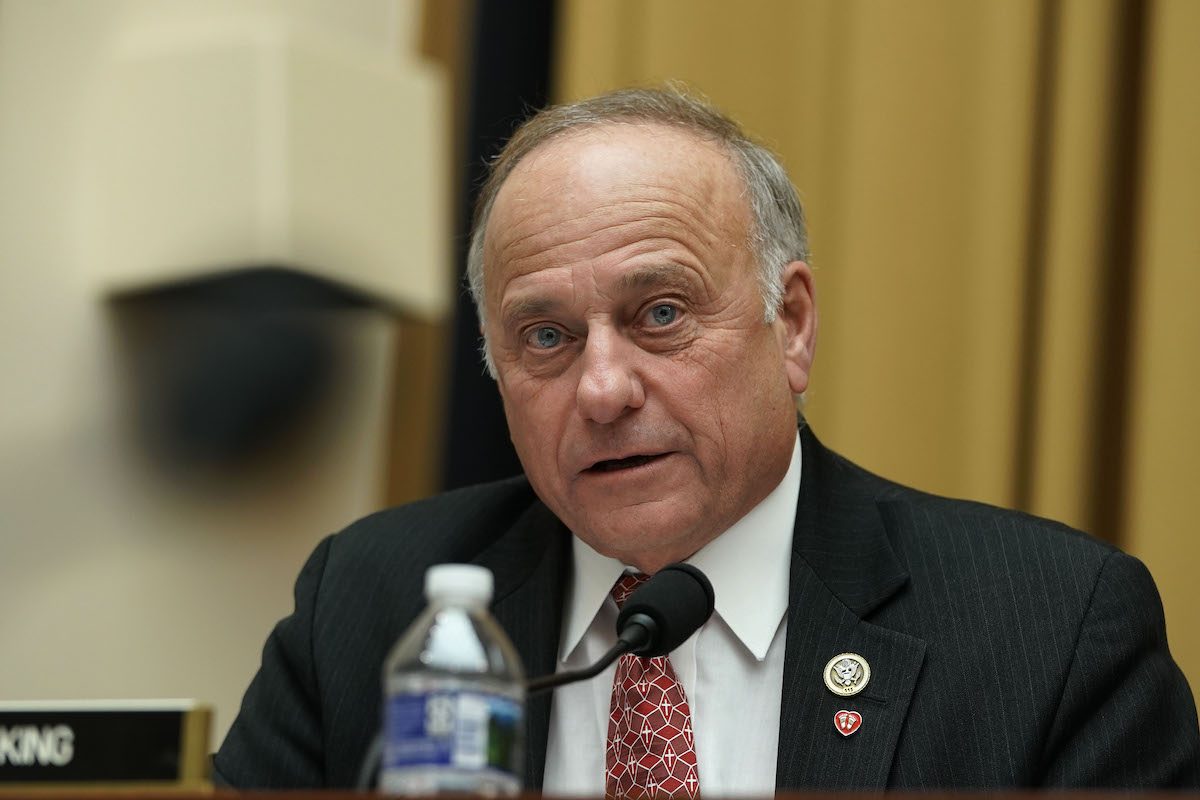 Last month, Iowa Congressman Steve King was stripped of his committee assignments and publicly chastized by colleagues of both parties after he lamented not being able to celebrate white supremacy as openly as he’d like.

The New York Times quoted him as saying “White nationalist, white supremacist, Western civilization — how did that language become offensive? Why did I sit in classes teaching me about the merits of our history and our civilization?”

After the Times published their article, King released a statement saying he’s not an advocate for “white nationalism and white supremacy,” he’s just a “nationalist” who happens to be white, I guess. “I want to make one thing abundantly clear: I reject those labels and the evil ideology they define,” he wrote.

But then this week, he announced that he’ll be seeking reelection in 2020. According to the Des Moines Register, he also said that the NYT article was a “misquote” and accused them and the Washington Post of “weaponizing” his language.

When asked if he was sorry for anything he’s said, he answered, “I have nothing to apologize for.”

So he’s not sorry for bemoaning how socially unacceptable it’s become to identify as a white supremacist? He’s also, then, presumably not sorry for any of the other countless racist and otherwise bigoted things he’s said over his career (for which, by the way, he’s never been censured by his colleagues as he was after this last round).

What sorts of bigoted things, you ask?? Let’s take a look!

He once tweeted that “We can’t restore our civilization with somebody else’s babies,” a sentiment that was praised by Richard Spencer and KKK leader David Duke.

He called for an end to “cultural suicide by demographic transformation.”

He advocated from the House floor for not just a wall between Mexico and the U.S., but an electrified barrier, arguing “We do that with livestock all the time.”

He compared immigrants to animals again at a2012 town hall, advising the ways to pick the best ones. “You want a good bird dog? You want one that’s going to be aggressive,” he said. “Pick the one that’s the friskiest … not the one that’s over there sleeping in the corner.”

He managed to be racist and body-shaming at the same time, talking about immigrants from Central America. “Some of them are valedictorians, and their parents brought them in,” he said in 2013. “For everyone who’s a valedictorian, there’s another 100 out there that weigh 130 pounds and they’ve got calves the size of cantaloupes because they’re hauling 75 pounds of marijuana across the desert.”

He sort of offhandedly once referred to Mexicans as “dirt.”

He sponsored a law in 2002 to make English Iowa’s official language and later introduced a bill to make it the official language of the United States. He also sued the Iowa Secretary of State for posting voting information on an official website in other languages including Spanish, Laotian, Bosnian and Vietnamese.

At the Republican National Convention in 2016, he said that Western Civilization as founded by white Christians contributed more to the world than any other group. “This whole business does get a little tired. I would ask you to go back through history and figure out where are these contributions that have been made by these other categories of people you are talking about. [The “other categories” the panelists had been talking about were Mexicans and Blacks.] Where did any other subgroup of people contribute more to civilization?” he asked.

A few days later, he doubled down, telling the Washington Post, “The sum total that’s been contributed by Western civilization, it surpasses any other culture of civilization, party because we borrowed from them along the way, and we’re flexible enough to do that. And so I don’t think we should apologize for our success.”

Ann Coulter loves him. That should tell you all you need to know.

King is super racist, but he’s not just racist. His bigotry won’t be constrained. He’s also sexist, although oftentimes that sexism is tied to, you guessed it, racism.

In 2011, he linked his anti-abortion beliefs to his white supremacist beliefs, a common line of thought among white supremacists. “Preventing babies being born is not medicine,” he said. “That’s not constructive to our culture and our civilization. If we let our birthrate get down below the replacement rate, we’re a dying civilization.”

He’s also compared transgender military troops to the castration of Ottoman Empire slaves and compared same-sex marriage to marriage between “unicorns” or “leprechauns,” meaning “these are all things you will never find because they just don’t exist.”

Again, that’s all just a handful of comments King has made over the years. And also again, it took until now for his colleagues to offer actual repercussions. But he’s not sorry. And he’s urging Iowans to not “let the elitists in this country, the power brokers in this country, tell you who’s going to represent you in the United States Congress.”

Please, Iowans, don’t let “power brokers” convince you not to vote for Steve King. Let him do that himself. He’s doing a bang-up job of it so far.