Steve Jobs Was Your Elvis 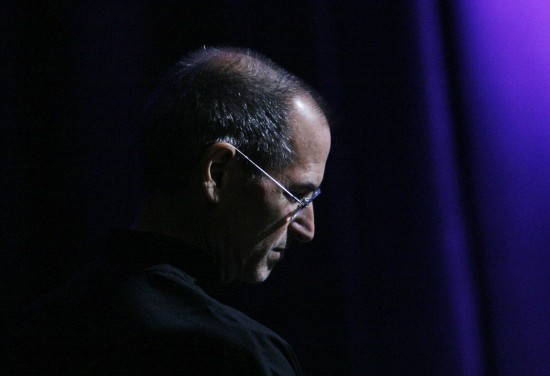 As the joke goes, I first learned about the passing of Steve Jobs on my iPhone. But I’m not much of an Apple devotee; it’s the first I’ve owned and that’s only been since this summer. I don’t have a MacBook — never have — and of all the various iterations of iPod devices, I’ve been gifted an original iPod Nano and an 80GB iPod Classic over the years.

The only money I’ve directly given to Apple in my lifetime has been through iTunes and perhaps the recent purchase of my iPhone, though I’m not positive how much of that actually trickled back to the corporate overlords. All of this is to say that I don’t have a huge investment in Apple and never have.

But the passing of Steve Jobs is not something anyone involved in the tech scene can ignore.

And that’s not because he was perfect. He had moments where he stumbled, where things didn’t go the way he wanted or planned and there were certainly some questionable ethics involved with Foxconn. The loss of the iPhone 4 prototype and subsequent police actions weren’t exactly glorious moments either.

We mourn for Steve Jobs because he was human. Because he had dreams, some of them realized and some of them not, but nobody lives to see everything they wished for accomplished. We are sad to see a visionary, someone who had ideas and thoughts for the future of the world we inhabit, gone. They say that Jim Henson was someone Steve Jobs looked up to and it makes me wonder if he didn’t mourn the same way for Henson.

He was not my hero, though he easily could have been. But I know how I felt when I first heard that Brian Jacques had passed and what went through my mind when someone told me about Dwayne McDuffie. So I can easily sympathize and feel torn up for the loss of a hero to so many. There’s a particular feeling, a void, when someone whose footprint in your life has been so large is suddenly removed. We’re often left with the hole, the personal crater where they once stood, to remind us of what we no longer have in our lives. So, for this reason, I mourn as well.

More specifically, I mourn for the loss of a dreamer. I may not have been counted among his converts, but that doesn’t mean I didn’t respect his ability or determination. As noted above, I’m an avid user of what few Apple products I do own and — though I recognize he did not design and build all of these things himself — I know that his particular flair will now be absent, though it may be emulated.

This final portion I direct toward anyone that has decided to antagonize, rather than sympathize with, those who are distraught over the passing of another human being.

At what point did we decide that we, as a people, are not allowed to praise the dead without also condemning them? Where was it written that we should always raise awareness that it is merely one person while thousands die elsewhere every single day? Both are horrible; both are unfortunate. Do not dictate to others how they should respond. It is unkind and uncouth.

And finally, to those who wonder at how someone can mourn for a man that stood as the figurehead for a corporation while also supporting the Occupy Wall Street movement, or anyone that thinks the mind a small enough space to only give ample thought to one thing at a time, let me say to you this: Life is complicated. It is messy. And we all have heroes.