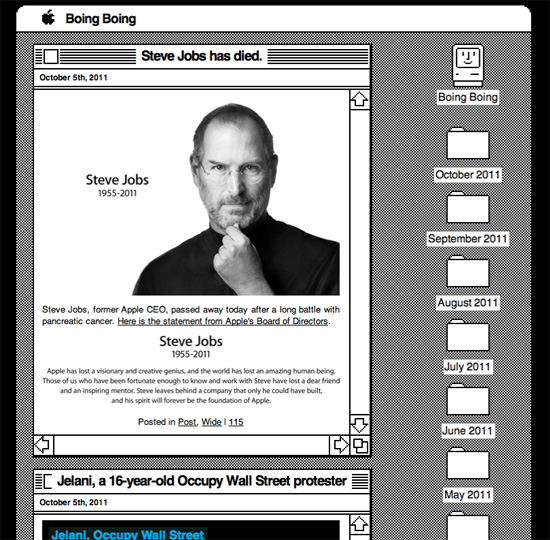 With the passing of Steve Jobs, the Internet — nay, the world — has seen an outpouring of support usually reserved for the death of world leaders or beloved entertainers. Perhaps it’s the ubiquity of products like the iPod that have led to this reflective moment, or it might have been Jobs’ own story — as that of a maverick and a self-starter, rising to incredible heights from the company he founded in a garage.

While many are putting into words and images their emotions at this moment, like the incredible System 6 site design by BoingBoing seen above, it might be Steve’s own words from the commencement speech he gave at Stanford in 2005 that are the most fitting:

“Remembering that I’ll be dead soon is the most important tool I’ve ever encountered to help me make the big choices in life. Because almost everything– all external expectations, all pride, all fear of embarrassment or failure — these things just fall away in the face of death, leaving only what is truly important. Remembering that you are going to die is the best way I know to avoid the trap of thinking you have something to lose. You are already naked. There is no reason not to follow your heart.”

Read on below to see what everyone else is saying about the tech titan’s death, and some incredible images in his memory.

“I’m truly saddened to learn of Steve Jobs’ death. Melinda and I extend our sincere condolences to his family and friends, and to everyone Steve has touched through his work. Steve and I first met nearly 30 years ago, and have been colleagues, competitors and friends over the course of more than half our lives. The world rarely sees someone who has had the profound impact Steve has had, the effects of which will be felt for many generations to come. For those of us lucky enough to get to work with him, it’s been an insanely great honor. I will miss Steve immensely.”

“Rest in peace, Steve Jobs. From all of us at #Obama2012, thank you for the work you make possible every day—including ours.”

“I just feel lucky I had the chance to tell a kind man that I was sorry for being an asshole before it was too late.” 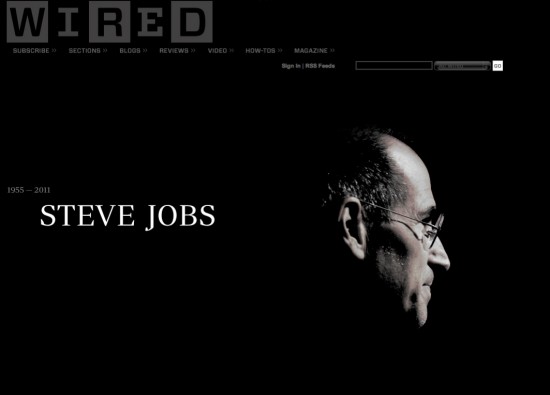 “I’m very sad to hear you left us, Steve. You were the only one keeping things interesting.”

“Steve, thank you for being a mentor and a friend. Thanks for showing that what you build can change the world. I will miss you.”

“From the earliest days of Google, whenever Larry and I sought inspiration for vision and leadership, we needed to look no farther than Cupertino. Steve, your passion for excellence is felt by anyone who has ever touched an Apple product (including the macbook I am writing this on right now). And I have witnessed it in person the few times we have met.

On behalf of all of us at Google and more broadly in technology, you will be missed very much. My condolences to family, friends, and colleagues at Apple.”

“I am very, very sad to hear the news about Steve. He was a great man with incredible achievements and amazing brilliance. He always seemed to be able to say in very few words what you actually should have been thinking before you thought it. His focus on the user experience above all else has always been an inspiration to me. He was very kind to reach out to me as I became CEO of Google and spend time offering his advice and knowledge even though he was not at all well. My thoughts and Google’s are with his family and the whole Apple family. 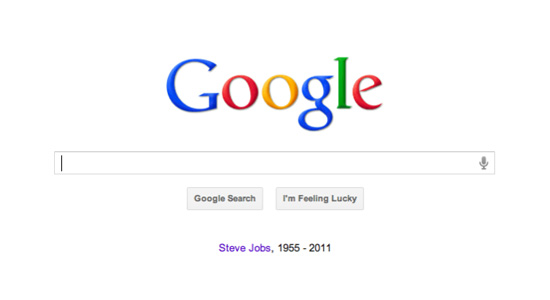 “Michelle and I are saddened to learn of the passing of Steve Jobs. Steve was among the greatest of American innovators – brave enough to think differently, bold enough to believe he could change the world, and talented enough to do it.

By building one of the planet’s most successful companies from his garage, he exemplified the spirit of American ingenuity. By making computers personal and putting the internet in our pockets, he made the information revolution not only accessible, but intuitive and fun. And by turning his talents to storytelling, he has brought joy to millions of children and grownups alike. Steve was fond of saying that he lived every day like it was his last. Because he did, he transformed our lives, redefined entire industries, and achieved one of the rarest feats in human history: he changed the way each of us sees the world.

The world has lost a visionary. And there may be no greater tribute to Steve’s success than the fact that much of the world learned of his passing on a device he invented. Michelle and I send our thoughts and prayers to Steve’s wife Laurene, his family, and all those who loved him.”

“Apple has lost a visionary and creative genius, and the world has lost an amazing human being. Those of us who have been fortunate enough to know and work with Steve have lost a dear friend and an inspiring mentor. Steve leaves behind a company that only he could have built, and his spirit will forever be the foundation of Apple.” 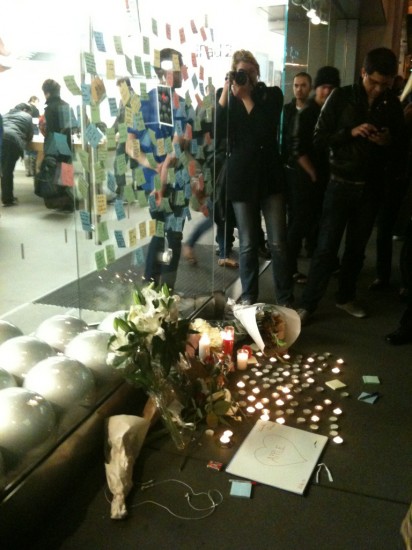 A spontaneous memorial at the San Francisco Apple store, via @themattharris

“RIP Steve Jobs. Closest thing we had to Tony Stark.”

“He did what a CEO should: Hired and inspired great people; managed for the long term, not the quarter or the short-term stock price; made big bets and took big risks. He insisted on the highest product quality and on building things to delight and empower actual users, not intermediaries like corporate IT directors or wireless carriers. And he could sell. Man, he could sell.

As he liked to say, he lived at the intersection of technology and liberal arts.”

Last but certainly not least are these images of Steve Jobs playing with Photobooth in 2005, posted to Facebook by Mike Matas. 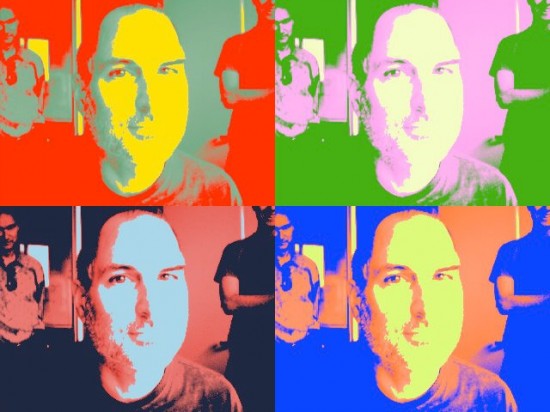 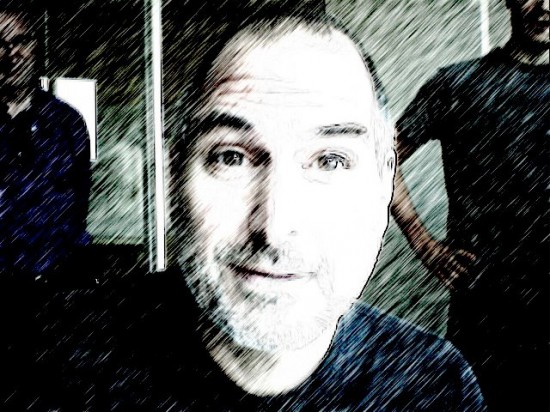 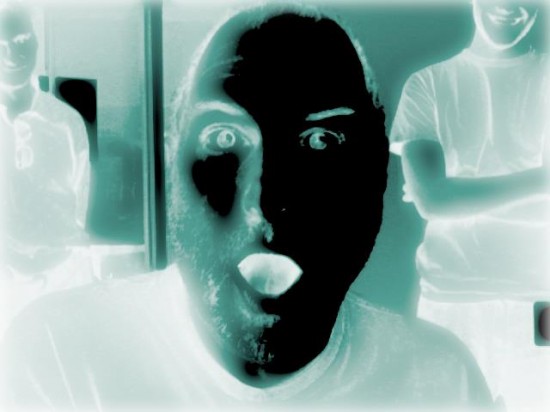 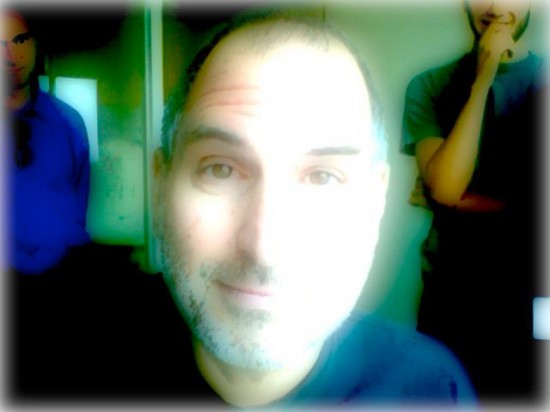 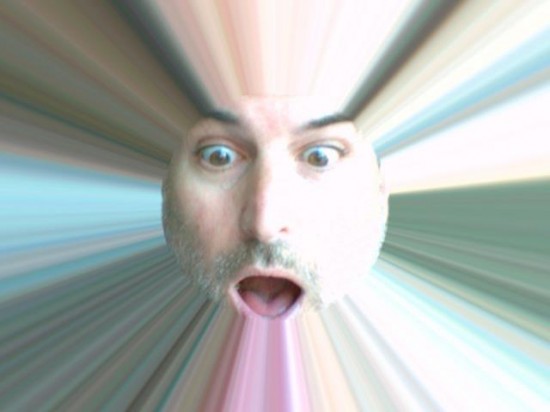 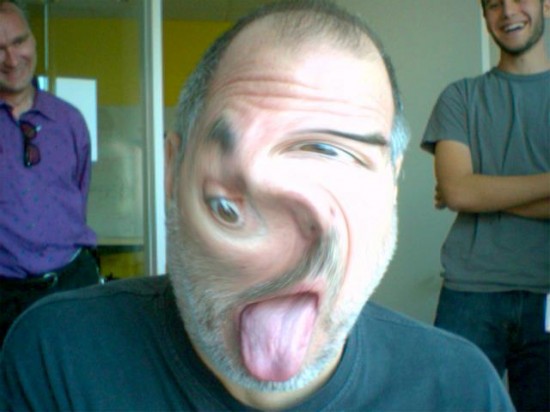 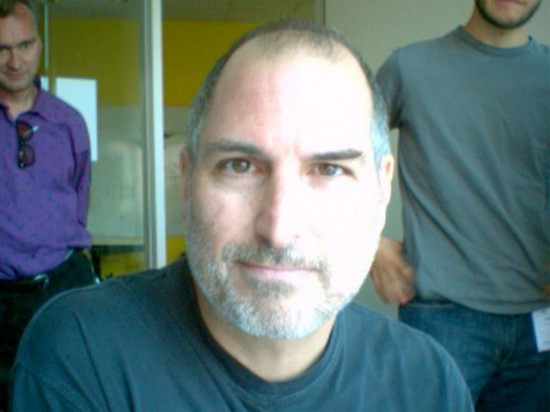