The comic book artist passed away at the age of 54. 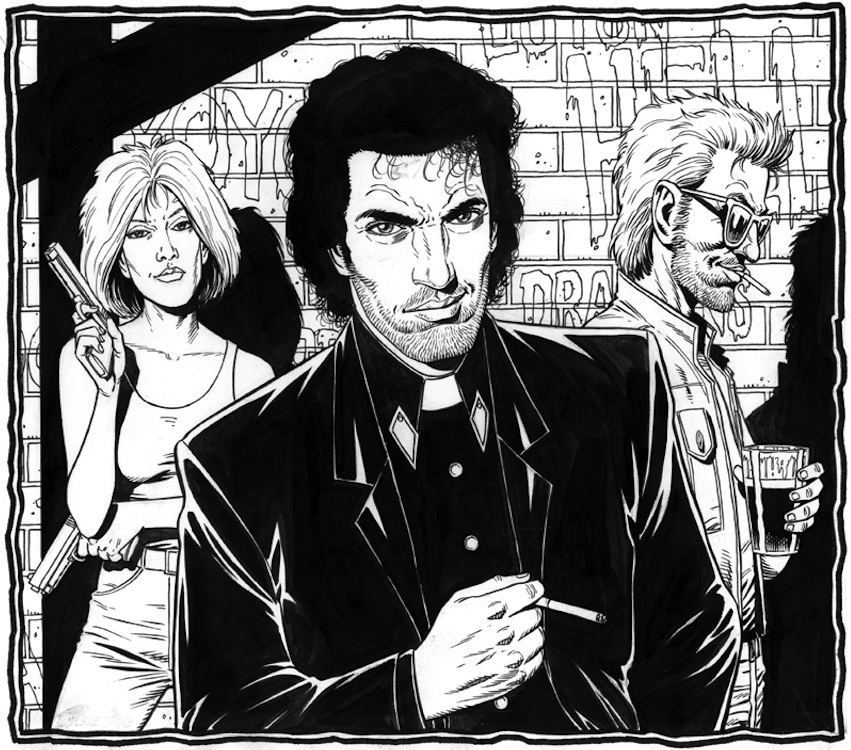 Steve Dillon, a comic book artist who was perhaps best known for his work on series such as Preacher and his run of The Punisher, has died at the age of 54. The news was confirmed by Dillon’s brother Glyn, who said that Dillon had died in New York City–though the exact circumstances of Dillon’s death are still unknown.

Sad to confirm the death of Steve, my big brother and my hero. He passed away in the city he loved (NYC). He will be sorely missed. Cheers x

Dillon’s first professional work in comics began when he was hired at the age of 16 to draw for Hulk Weekly for the British imprint of Marvel Comics. From there, he later worked on Doctor Who Magazine, as well as the comics 2000 AD and Warrior. Along with his fellow 2000 AD artist Brett Ewins, Dillon created the British comics magazine Deadline, which featured a combination of strip comics and articles covering alternative music.

Dillon eventually went on to co-create the comic Preacher with writer and longtime collaborator Garth Ennis in 1995, which ran for 75 issues before the publication of the last monthly issue in 2000. It was eventually adapted into a television show for AMC which premiered in 2016.

Along with Preacher, Dillon and Ennis also contributed to a very memorable run on The Punisher starting in April 2000. The miniseries is considered by many fans to be one of the factors that reinvigorated the character. Dillon had returned to the character in recent months, relaunching The Punisher alongside writer Becky Cloonan.

Many from the comics community–including Dillon’s friends and collaborators–are mourning the news of his death.

I have it confirmed that Steve Dillon has died. He was a giant, and will be much missed.

A tragic loss, not just to comics, but especially to comics.

Steve Dillon was a master storyteller. PREACHER, PUNISHER, all of it done with so much exceptional skill + magic. We lost one of the greats.

Steve Dillon drew my first Marvel script:Thunderbolts 12. Couldn't believe it; Dillon out of the gate? Felt so incredibly LUCKY – and I was. pic.twitter.com/htN3C0luwD

We lost a giant among creators and artists today. Steve Dillon will be missed by us all here at DC and Vertigo. pic.twitter.com/ZpYVQBgwwf