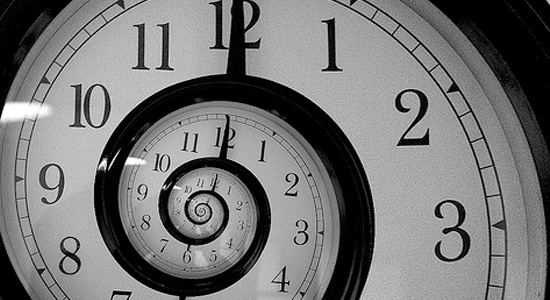 Many of us consider novelist Stephen King a master of horror but a master of time travel? Not so much. But it turns out the writer has thought about traveling through time a great deal and has recently come forth with some rules of the trade. Or maybe he’s just watched too much Doctor Who.

King spoke with Wired about his thoughts on time travel, something he’s had on his mind lately thanks to his forthcoming novel 11/22/63. The book follows a man who goes back in time to try and stop Lee Harvey Oswald from pulling the trigger that killed President John F. Kennedy. Needless to say, his main character doesn’t have an easy time with it.

“There’s a kind of a rule that you’d express as a ratio: The more potential a given event has to change the future, the more difficult that event would be to change,” King said. “If you wanted to go back and speak to somebody on a street corner so that they were five minutes late to an appointment—that might not be too hard. But if you wanted to stop the assassination of a president, that would be really difficult. The past would try to protect itself.”

In order to portray what would happen if one were to mess with time as accurately as possible in his book, King spoke with experts like historian Doris Kearns Goodwin on what could have happened had JFK lived. “The butterfly effect has a part in it, but my thought was that every time you go back and change something, you create an alternate timeline,” he said.

“The further back you go, the more precautions you have to take,” King said. “It would go right to the language—you’d have to be careful about the way you speak; the accents would be different. If you were to return to, say, 1858, you’d really have to prepare ahead of time.” I think King has also watched Back to the Future trilogy quite a bit from the sound of things.

If the opportunity ever presented itself, would he choose to time travel? “I guess the urge would be there, but no, I don’t think I would,” he said, “I’d be afraid that the past really was a house of cards and that I might knock it down. I’d be scared.”

What about people who are just as serious, if not more so, about time travel as King is? Does he think they’ll analyze the way he tackles time travel in his book? “People make a hobby of that kind of thing,” he said adding that this would be the last time he uses the plot device.