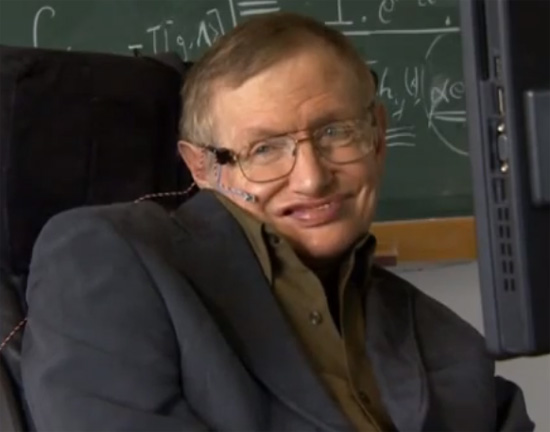 Yesterday’s announcement that CERN discovered a “Higgs-like” particle will surely be one of the most talked about scientific discoveries of the age. For most physicists, it means exploring a new channel of particle physics. However, for famed scientists Stephen Hawking, it meant something far more personal: Losing a $100 bet with University of Michigan physicist Godon Kane.

Speaking with the BBC, Hawking said that the CERN discovery will certainly earn Peter Higgs, for whom the Higgs boson is named, the Nobel Prize. It is disappointing, according to Hawking, since many of the experiments which yielded the results had unexpected outcomes — not the least of which was losing him a $100 bet with Kane.

In addition to his remarkable intellect, Hawking is also somewhat well known for his scientific wagers. He famously bet Kip Thorne a year of Penthouse magazine that the existence of black holes would never be proven. In a similar vein, he bet John Preskill an encyclopedia over the black hole information paradox. He lost those bets, too.

Though I am far from as intelligent as any of these gentlemen, it does seem like Hawking bets against interesting outcomes. I would assume he does this mostly because losing the bets are intellectually interesting, and winning the bets would soften that blow. Either way, it seems, Hawking wins.