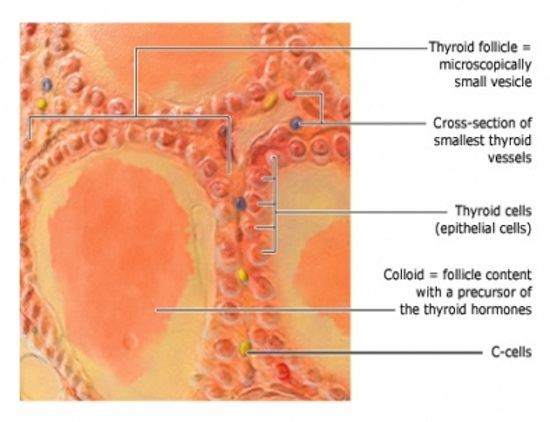 Researchers at the Free University of Belgium have unveiled what could be the new cool thing in the growing field of regenerative medicine — an implantable thyroid gland grown from stem cells. The thyroid, implanted in a mouse test subject for trials, even produced hormones as it was meant to, which is important because, well, it’s most of what the thyroid does, and if a replacement doesn’t do that, it’s not a very good replacement. But this one does, and may be, respectively, which is super cool in an abstract sense and even more so if you’re a family member of on of the millions of people affected by poorly functioning thyroid gland.

Researchers started by growing cells that they knew produced the hormones they needed from a thyroid. When placed in a growth medium with thyroid stimulating hormones, they transformed into thyroid cells. Those cells then transformed quite naturally into thyroid follicles, which researchers were able to craft into a functioning thyroid — which is shaped like a butterfly and sits in your throat — and then implant in a mouse specimen that was no worse the wear afterwards.

It’s early research, and in a mouse model, so take it with a grain of salt. As you do, thought, don’t let that grain keep you from taking a moment and reflecting on the fact that, warts and all, we humans can do some incredible things when we put our minds to it. This is the sort of thing that should just blow our minds and sit back, acknowledging the fact that we’re clsoing in on a future where, if something goes wrong with our bodies, some of the most complex and difficult to understand machines onn the planet and, for all we know, in the cosmos, we can just build a spare, install it, and go on our merry way. If we manage to not wipe each other off the map or bicker about picayune details until there’s no chance for us to work together on anything meaningful, things could get really awesome around here.