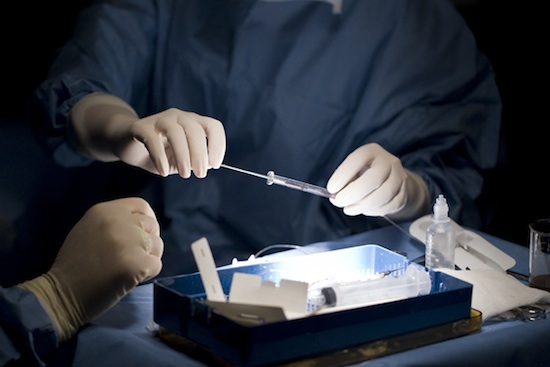 Today in Bad News: Stem cell research could have hit a sizable stumbling block today as researchers at the University of California – Davis released a study demonstrating similarities between laboratory processes that turn adult cells into induced pluripotent stem cells (iPSCs) and natural processes that turn cells cancerous. The troubling research adds to a growing body of evidence that iPSCs, while promising, are not ready for primetime. The silver lining though, is that understanding what’s wrong with iPSCs today is the first step towards fixing it tomorrow.

iPSCs are adult cells that have been denatured back to their most basic, pluripotent state, from which they can develop into any cell the body needs. Research into the cells, which lower rejection risks in patients and are less controversial than their safer cousins, embryonic stem cells, has been making strides lately. As we’ve reported here before, the cells have shown promise in applications from regrowing organs to curing disease, while recent studies have seen the cells become easier to produce in labs. The cells are not without their troubles, though, and have been implicated in causing cancer before.

To find the similarities, researchers actually looked away from DNA in iPSCs, instead opting to explore the transcriptome of the cells. That painted a picture not of the cells’ blueprints, but of the genes that are being expressed and thus what a cell is really getting up to. When they took a look at what activity was actually taking place on the cellular level, the researchers found it to be startlingly similar to oncogenesis in cancerous cells. Both cell types have similar metabolisms, and also have genes that direct differentiation — that tell a stem cell what kind of cell to be — that are deactivated.

Paul Knoepfler, lead author on the study, pointed out another piece of good news to salvage from the bad here, which is that while the research may be a short-term obstacle for iPSC research, it also lends new insights into the process of oncogenesis, wherein normal cells begin to become cancerous. That understanding opens new research inroads into fighting cancer, and could give researchers the tools they need to fight the disease in its earliest stages.