We love video games, but we also love money. That's why we love cheap video games. 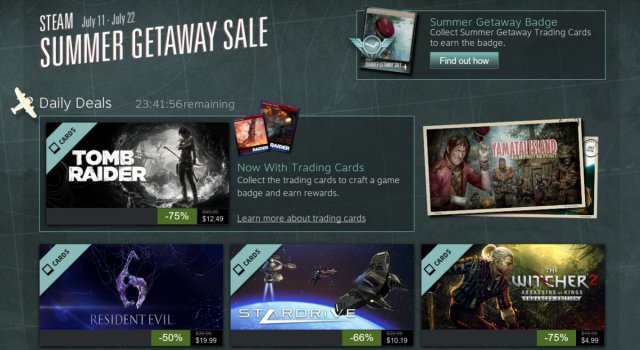 Steam is a really great option for people who want to play the occasional game without investing in a console, and it’s even greater when they run a sale. We’re on day 3 of Steam’s Summer Getaway Sale, and it’s a great time to build your Steam library on the cheap. Check out what they have in store for you today.

Many of the titles being offered also feature cards from Steam’s new trading card initiative, so if that’s something you’re into now’s your chance to add to that collection as well.

If you act quickly you can pick up some more games as part of the latest flash sale. The flash sale will be swapping out titles every eight hours, so if you want any of these title you better act fast:

Go forth, gamers, and pick up some discounted titles.