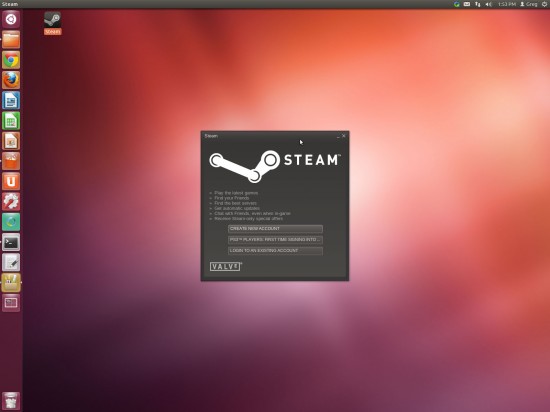 It almost seems too good to be true, but Steam for Linux is finally in a tangible form, and the beta is available now. The service only provides a couple dozen games at the moment, but it does offer some other neat features, one of which we didn’t expect right away.

Among the available games, Linux Steam users will be happy to know that Team Fortress 2 will be ready to go, free-to-play pricing model and hats galore. Unexpectedly, Big Picture mode — the display mode that tosses Steam to your television and allows the use of a standard gaming controller — has also been made available, though it too is currently in beta. The list of games currently available for the service can be found here, and includes a decent amount of games that were already available for Linux, such as Humble Bundle titles.

Currently, the beta is available for Ubuntu 12.04, though Linux Steam team member Frank Crockett said Valve intends to support other popular Linux distributions in the future. As the Linux Steam beta goes on, it will release to a larger group of testers, eventually releasing when the team feels the service is ready. Small steps are better than no steps, right?