Steam to launch suite of creativity apps | The Mary Sue 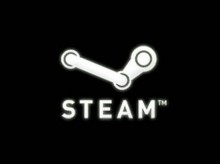 In news certain to infuriate millions, Valve is doing yet another thing that is not Half-Life 3. Even more galling — it’s not even a game. Done being offended yet? Good. Because the next big thing from the company is a move to expand their Steam game-streaming service to a full suite of software — from creatively bent titles like their recently launched Source Filmmaker to productivity  programs. No word on exactly what those might be yet, but for multi-tasking inclined gamers, being able to scratch out a memo on a Notepad style app without leaving Steam would be pretty nifty.

Is this a naked attempt to have Steam gamers using the service full time for more minor concerns like writing letters, paying bills, and editing home movies? Sure. Could it work? That will be interesting to see. The things Steam does well — like easy installations and playing nice across platforms — would be welcome. But if it’s going to be just another cloud-based productivity suite, aren’t there already kind of a lot of those? We’ll see what happens when the service launches with an inaugural round of apps on September 5. After all, gamers do a lot more than just gaming on their computers, as Valve spokesman Mark Richardson pointed out in a statement.

“The 40 million gamers frequenting Steam are interested in more than playing games. They have told us they would like to have more of their software on Steam, so this expansion is in response to those customer requests.”

It looks like Valve will be following its current business plan for the Steam service for the time being — develop a few titles on its own, but mostly stand back and distribute quality content from smaller dev teams. Independent developers can submit through Steam’s Greenlight system, so community members will be able to weigh in on what software they want to see made.

Is this something you would use? Wouldn’t it be kind of cool to try out a Humble Bundle full of weird new multimedia editing software?