Star Wars’ New Vader Comic Seems to Take a Swipe at Female Fans, and the Fandom Is Not Happy

This is a very messy situation. 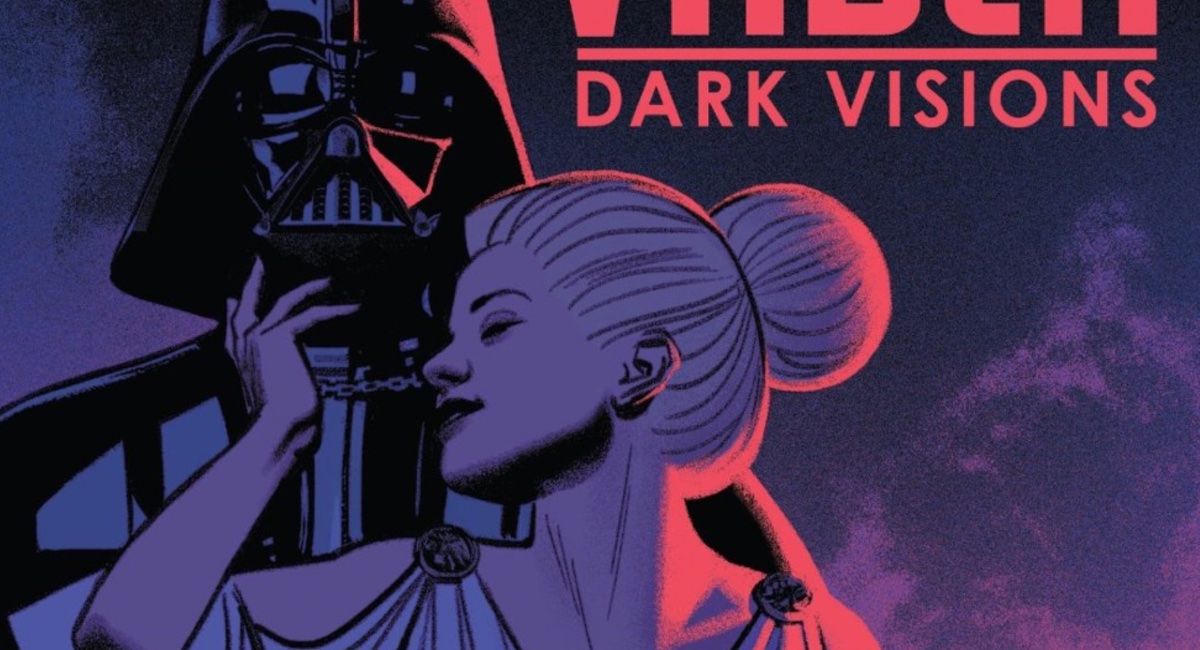 While Star Wars‘ novels have featured more women writing them, the franchise’s installments in other mediums have not followed suit. This is not only true for women behind the camera on the films, but women writing the comics. The latest issue of Vader: Dark Visions more than proved that there need to be more women working on the comics, as it shows a stunning lack of consideration for women fans.

The plot follows an unnamed Imperial nurse who is in love with Darth Vader, though he doesn’t know she exists. She fantasizes not only about them fighting Rebels and being romantic together, but about him punishing those who hurt her. She steals bits and pieces of his suit left over from surgeries (which is, admittedly, off-putting), and when she is discovered by her superior, he throws out her “treasures.”

Distraught over the loss, the protagonist envisions herself as a Sith Lord fighting next to Vader, and stumbles upon an unmasked Vader in meditation. She says they can be together, only to be interrupted by a lightsaber through the chest. Vader then stalks away from her and demands the “garbage” be removed from his quarters.

The protagonist, who has been adopted by fans and named Daaé, after Christine Daaé from The Phantom of the Opera, is treated miserably by the narrative. She’s not even given a name or a backstory of any kind. She’s portrayed as being obsessive and almost pathetic, with the art visualizing her as being manic and laughable. It’s a sexist comic that shows women as being ridiculous, with fantasies being a sign of a troubled mind.

This is not to say that Vader should have accepted her love and her problematic behavior, or that he shouldn’t have reacted the way he did. He is the villain, after all, but I guarantee, a male character who idolized Vader and who wanted to be like him would not have been treated like some sort of pseudo-Harley Quinn, but rather as a realized character who idolizes a villain and who would be the hero of the piece, rather than a joke of a character.

It’s worth noting that Chuck Wendig, who was originally slated to write this Vader series prior to being fired by Marvel, tweeted that his original idea for the story was about a male morgue attendant who became obsessed with Vader. And yet, it was changed to a woman.

Many female fans are deeply upset by the story and took to Twitter to call out Star Wars for the way the character was treated. This seemed to be calling out and mocking female fans who like or identify with villainous characters, which is a sizable portion of the fandom. For a franchise that celebrates male villains like Vader, Boba Fett, and miscellaneous stormtroopers with constant merchandise and parades at Disney, there seems to be an issue when women like these characters.

I’m sure I’ll be labelled a hypocrite for this, because of my open dislike of certain villains and ships associated with them, but there’s nothing good that’s in this comic. Women don’t need morality tales about how “Bad Boys” will actually kill them, or comics painting them as being troubled and “crazy.” If we praise Imperial fanboys in the canon, with characters like Hux or even Kylo Ren, we can’t treat women as being insane for the same reasons.

Similarly, in real life, men are allowed to creepily comment on how much they love Carrie Fisher in Leia’s Hutt-Slayer outfit (previously known as her Slave Leia outfit). In fact, Fisher herself even shared a story in which a young man told her how often he masturbated to her when he was in his teens. Yet, a woman is not allowed to express her attraction to a villain? That’s the line we’re drawing here?

Fandom politics are difficult to explain, and I’m not about to get into a debate on those. The bottom line is that this is a sexist character depiction. Her fantasies of being admired for being capable, romantic, and ultimately powerful are mocked for being “crazy,” and she is treated by the creatives as being insane and not a heroine but rather as a joke. The ultimate murder might make sense for Vader’s character, but the whole thing didn’t need to be written at all if it was just going to punch down at female fans.

Besides, we can’t seriously sell a bunch of Vader merch and have a lot of merchandise/extra materials talking about how powerful Vader is and then condemn women who have a crush on him. At some point, that becomes a condemnation of women who are invested in the character, while men get a free pass.

This is why more women need to be writing these comics. At any point along the line, a woman, like the women who are commenting on this comic, could have said, “Hey, maybe this isn’t the best idea.” The only woman involved with the comic drew the variant cover; everyone else was a man. If Star Wars wants to be more inclusive, they can start by involving more women in the creative process to avoid mishaps like this.

Between the actual content of the comics, Wendig’s commentary on how it would’ve been about a toxic fanboy, and the amazing criticism I’ve seen from female fans in response to the comic, it’s now making it hard for me to want to get involved in Star Wars comics—not until they get more women writing them, at least, because this is five steps back and zero steps forward for a franchise that prides itself on being inclusive.