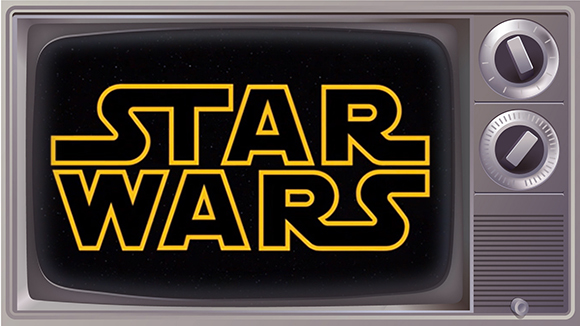 At a Television Critics Association press tour Disney president Paul Lee was asked about the possibility of a live-action Star Wars show appearing on ABC at some point in the future. His answer was heartening, assuming you’re on board with the whole Disney-Star Wars collaboration. (I’m there. I don’t know when it happened, but it did.)

“I certainly have a glint in my eye. They have a lot on their plate when you look at the features that they’re planning on rolling out for the next few years, but we’ve started conversations with them.”

It’s never been a stretch that a live-action Star Wars show would pop up on ABC at some point. Disney owns the network, after all, and they’ve shown their willingness to move properties they own to the small screen with Agents of SHIELD and Once Upon a Time. And one Star Wars show, the animated Star Wars Rebels, is already being made for the Disney channel.

But I’m happy that Disney doesn’t appear to be lollygagging with this one. For once their insistence on squeezing every possible penny out of their properties is really working for me. Though I reserve the right to retract that statement if the show, whatever it ends up being, is awful.

Getting into speculation mode, what settings/characters would you like to see in this hypothetical show? I’ve made my love of Rogue Squadron well-known, so I think something centered around fighter pilots in the immediate aftermath of the original trilogy, when there are still remnants of the Empire to mop up, would be great. I wouldn’t object to something bounty hunter-focused, either. I do know I want something Agents of SHIELD-esque, meaning a show that focuses on background characters instead of the “superheroes” of the Star Wars universe. So keep the Jedi to the films, please. But that’s just me. What would you like to see?