Star Wars Series "like The Godfather" | The Mary Sue 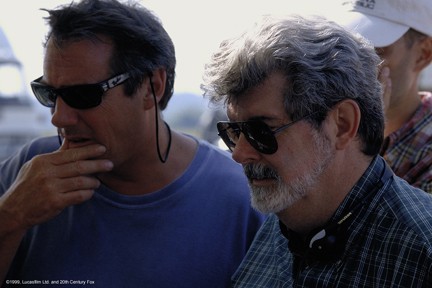 More news about George Lucas‘ live-action Star Wars series is coming out, including that it’s going to be delayed for at least three or four years. But more importantly, we’re getting a better idea of what it might actually be about. And producer Rick McCallum says that by the time it’s ready to come to television, it might have a hard time finding a home, what with the proposed stories involving drugs and prostitutes … in his Star Wars series. So much for family entertainment!

McCallum says that once they do finally begin shooting, it will be in Prague, Czech Republic, where they shot their movie Red Tails and parts of The Young Indiana Jones Chronicles. But as has been brought up before, it’s the expensive digital effects that are causing the delay:

We have 50 hours of third-draft scripts, but the problem we have is there is a lot of digital animation; we don’t have the technology yet to be able to do them at a price that is safe for television. Since we would be financing them, it would be suicide for us to do this [now]. So we are going to wait three or four years.

Okay. So, we’ll have to wait a few more years. The second trilogy of Star Wars didn’t arrive until 16 years had passed since the previous one, so maybe this wait will be worth it: According to McCallum, the series will take place between the events of Episodes III and IV and delve into some more adult territory:

Basically, it is like The Godfather; it’s the Empire slowly building up its power base around the galaxy, what happens in Coruscant, which is the major capital, and it’s [about] a group of underground bosses who live there and control drugs, prostitution.

Both Bleeding Cool and /Film are comparing this kind of gritty plot to The Wire, which means that we will see Stormtroopers cursing and ratting each other out and people waking up with the heads of tauntauns in their beds. If they are trying to attract a new audience, um, this is certainly one creative method of doing that.