Raw Return of the Jedi Footage Found on LaserDisc

If there's anyone out there still fiercely defending laserdiscs, you've got new ammunition. 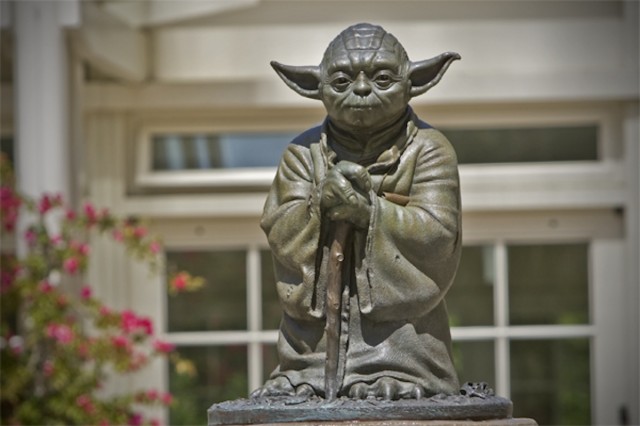 Raw footage from Return of the Jedi has been found on a laserdisc used to demonstrate Lucasfilm’s EditDroid film editing station. It’s being uploaded to the Internet for your enjoyment.

The LaserDisc was purchased for $699 in an eBay auction, and it contains a bunch of raw footage from Luke’s last trip to Dagobah. The lucky buyer has been generous enough to upload clips to Facebook, where we can only assume they’ll soon be taken down by some lawyers.

There’s a long clip of R2-D2 repairing the X-wing as well as several shots of conversations between Luke and Yoda. If you’re a Star Wars fan—so, everybody—this is some really rare bonus footage you won’t want to miss.

(via The Verge and rotjedidroid, image via Bryan Jones)