Give the prequel-set series the respect that it deserves 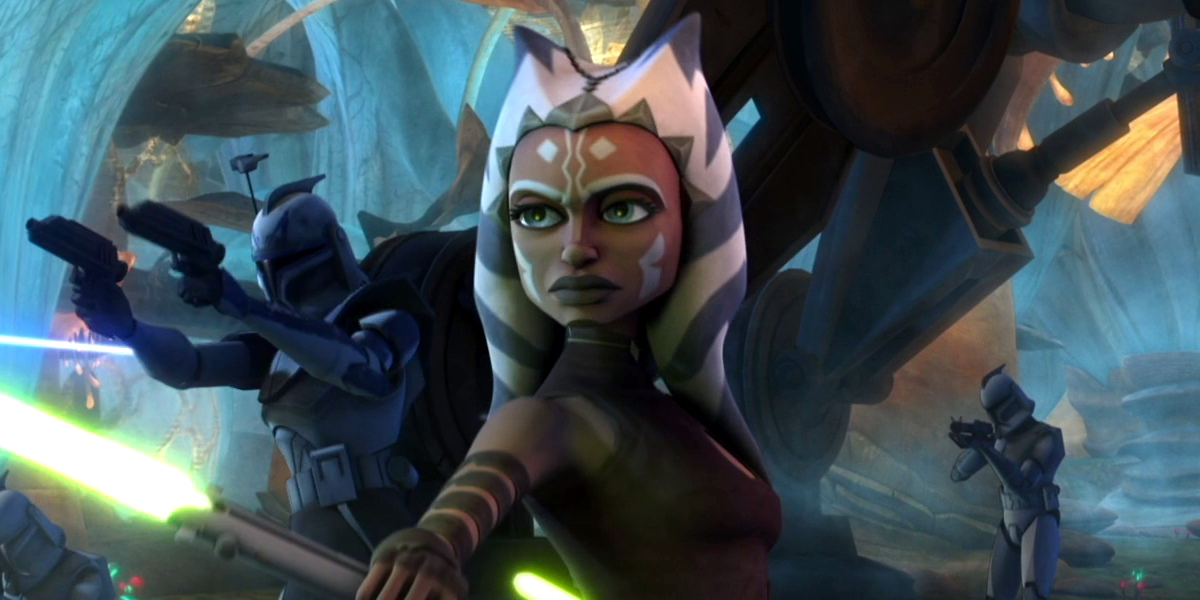 **UPDATE:** The Clone Wars is coming back! Just announced at San Diego Comic-Con, it’ll pick up with a storyline involving the Siege of Mandalore that was originally intended for the show’s final season, with 12 new episodes. Check out the trailer below!

Original Post: One of the most anticipated panels at SDCC for those of us who are diehard devotees of a galaxy far, far away is the Star Wars: The Clone Wars Tenth Anniversary panel. The show, which began with a somewhat ill-received movie and earned six seasons in a reverse Community move, has a cult following in the Star Wars fandom, and for good reason. It’s a spectacular series that tackles deeper themes than we get to truly explore in the prequels, or in many parts of the franchise at all.

Love them, hate them, or fall somewhere in between, but the prequels are a highly controversial part of Star Wars lore. Personally, I like them well enough for what they want to say, but they fall short when it comes to actually expressing that in the text, which is why I love The Clone Wars so much. The series gets the room to breathe that the prequels didn’t have, and better explores the corruption of the Republic and the downfall of the Jedi. Other themes it tackles? The impact of war on those involved. Loyalty vs. following orders. Death and sacrifice. Making the difficult choices. All sorts of delightfully nuanced things that you want from an expanded narrative.

It also helps the characters grow in a believable way. Anakin works better in this medium; when the focus isn’t on him just as future Darth Vader or as a romantic lead, he’s charming, funny, and a bit reckless; over the course of the series, his own dark choices and the gravity of war make his disillusionment and dark side more and more evident. Obi Wan gets to develop beyond a mentor and is even more enjoyable in the series than he is in the films, and we get to see why he and Anakin are good friends rather than a strained master and apprentice. Padmé doesn’t get as much time to shine as her male counterparts, but she does get time to develop outside of Anakin, and she shows why she’s a powerful political force to be reckoned with.

But the best character on the show is Anakin’s padawan Ahsoka Tano. When she was first introduced, fans widely reviled her and waited for her seemingly inevitable demise. By the time the show ended, she was beloved and has enjoyed a long, fascinating life outside of the world of Clone Wars. She has the most natural development of any character in the series, because we don’t know what will happen to her in Revenge of the Sith. She could have been killed off, yes, but her journey works better because it is not marked by death but rather by her learning and rising above challenges to emerge as a powerful leader and Jedi. The explanation for why she is not present during the events of Revenge of the Sith is heartwrenching without feeling exploitative and helps further both her development and Anakin’s. 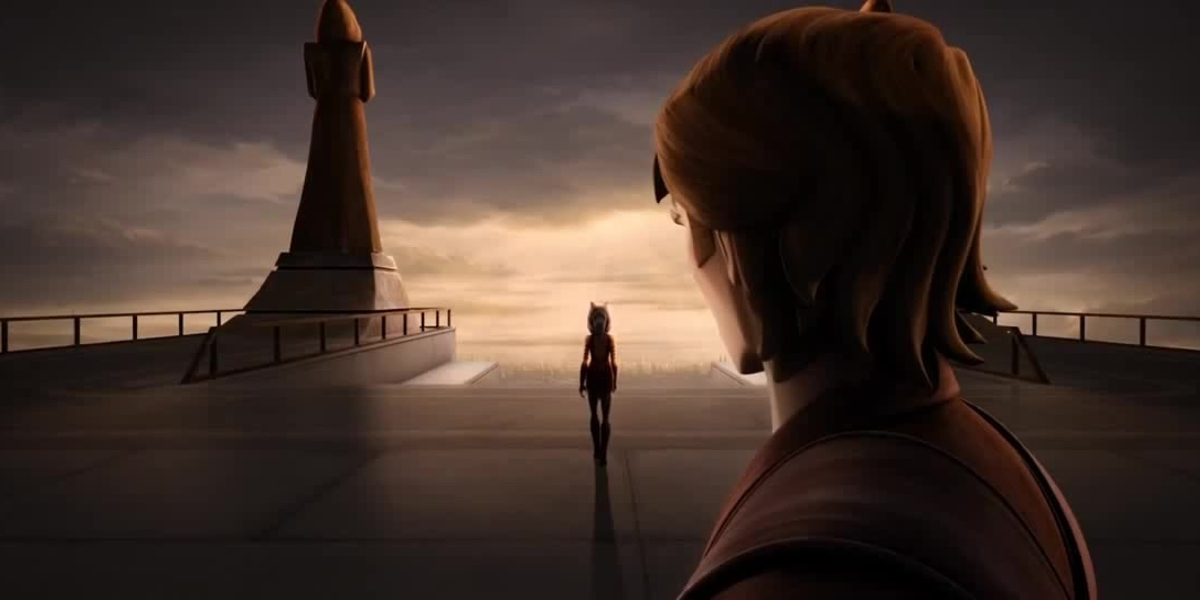 The show dives deep into a variety of characters, from Mace Windu and the clones to Jar Jar Binks. We see a young, grieving Boba Fett, and find out that the Jedi did not help him but treated him unfairly. We meet Count Dooku’s cunning apprentice Asajj Ventress, and watch her grow from pure evil to chaotic neutral. Force lore is introduced and expanded upon, making us wonder about the true nature of the galaxy. The clone wars made it easy to see how Palpatine seized power over a ravaged galaxy and got uncomfortably politically real for a children’s show.

The show met an untimely demise on Cartoon Network due to low ratings—serialized storytelling is great for adults, bad for the kiddies tuning in—but it continues to be a beloved part of the canon. Fan devotion ensured Ahsoka and several of the more popular characters, such as military commander and clone Rex and the famous Maul, returned in follow up series Star Wars Rebels. The love has never wavered, and the announcement of a Clone Wars panel merited a hugely positive response from fans in the community.

This article is not meant to diss the prequel films themselves, but they were trapped by a time limit and a need to solely focus on Anakin’s fall to the dark side and so some of the themes George Lucas was aiming for were missed. In a serialized format, Lucas and his heir apparent Dave Filoni were able to fully explore the Star Wars galaxy and delve into the political world of the prequels, as well as tap into the stories they wanted to tell about the galaxy at that particular time. It’s Lucas’s training that helped Filoni craft some of the most compelling Star Wars narratives across the board.

The Clone Wars is, honestly, a great show. It has clunky episodes, but which show doesn’t have those? Overall, it’s one of the strongest additions to the canon and gives us a new look at old favorites as well as introduces us to a few beloved newcomers. The entire series is on Netflix, so as you eagerly wait for Episode IX, give the show a chance. It might rewrite your opinion of the prequel trilogy, as it did rewrite mine.