To… Bravely Go? No, No: Read Drafts of Star Trek‘s Opening Monologue 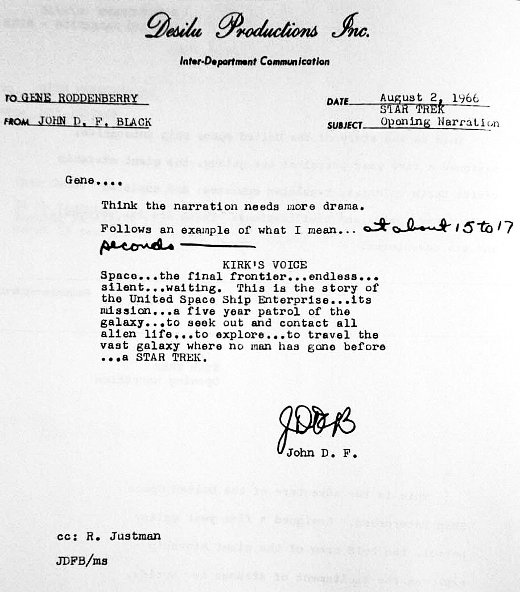 About a month before the premiere of Star Trek, an as yet untested multi-ethnic hard sci-fi drama from relatively unknown television writer Gene Roddenberry, its producers started to get on said writer’s case about hashing out the words that would play over the television show’s theme sequence. You know, the ones that would go on to capture the core of all Star Trek canon, the ones that would become synonymous not just with space exploration but with any risky but courageous human undertaking.

Naturally, it took them a couple tries.

Above, for example, you see the one where they worked in the title, probably nudging the guy next to them and winking as they said it, followed by the words “eh? Eh? Get it?” 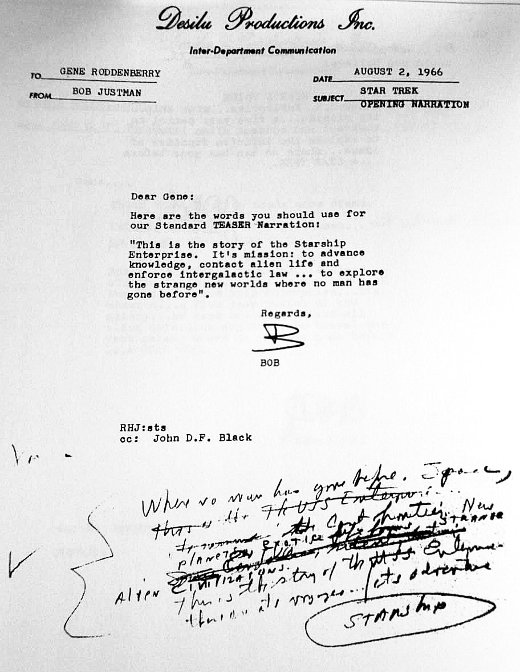 Here we get a little closer. All the bits are in the right place, just slightly altered in their precise words… also no one has mentioned the Final Frontier. According to io9, and in keeping with how these things usually go (I mean, just look at our clunky tagline up there), the actual Star Trek opening monolouge was composed an hour before William Shatner recorded it, a month before the show went on the air, by Gene Roddenberry himself.