Star Trek Into Darkness Gets a Poster 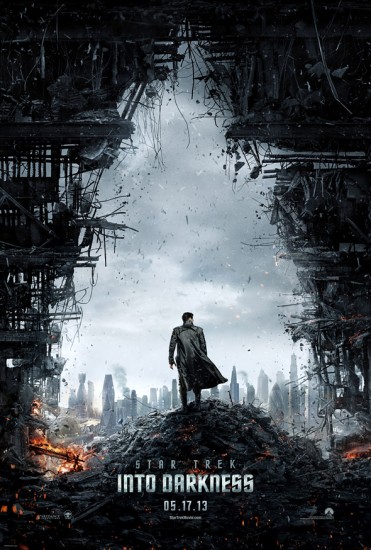 Star Trek gets a poster that nobody will be able to not compare to The Dark Knight Rises, seing as both of them feature the franchise logo outlined in a grey sky by trashed infrastructure. The Dark Knight Rises, however, didn’t have Benedict Cumberbatch. If you check the movie’s website you can see the poster lightly animated, but, graciously, the poster itself isn’t. I’m looking at you, The Hunger Games.