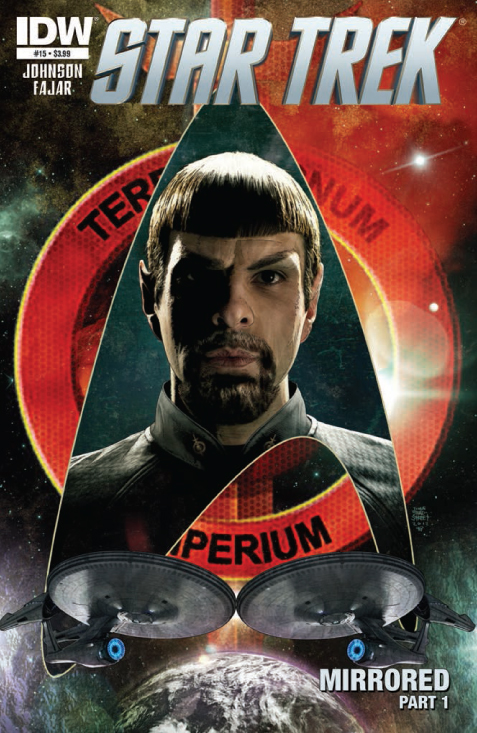 Either that or Zachary Quinto is taking part in Movember. No, actually it’s the Star Trek title from IDW Publishing that’s giving us our first look at the actor as Mirror Universe Spock. The series has been placing the modern cast in re-imagined adventures from the original series and you can grab this first part of this one on Wednesday. Meanwhile, Quinto is denying rumors he’s ready to quit Spock.