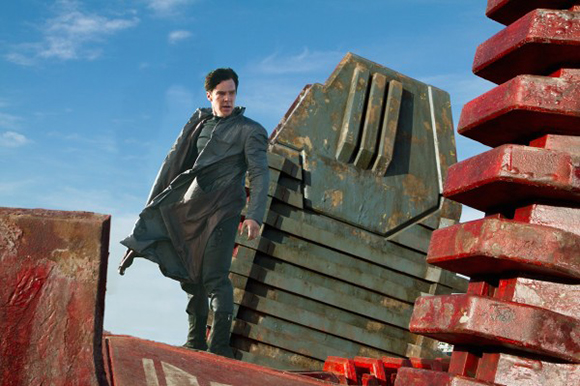 The video, wherein Benedict Cumberbatch‘s Star Trek Into Darkness villain (whom I call the Cumbervillain, because reasons) issues a warning to Captain Kirk, is less effective than the similar Man of Steel video from a few days back, but at a mere 43 seconds it’s still worth your time. Check it out behind the jump.