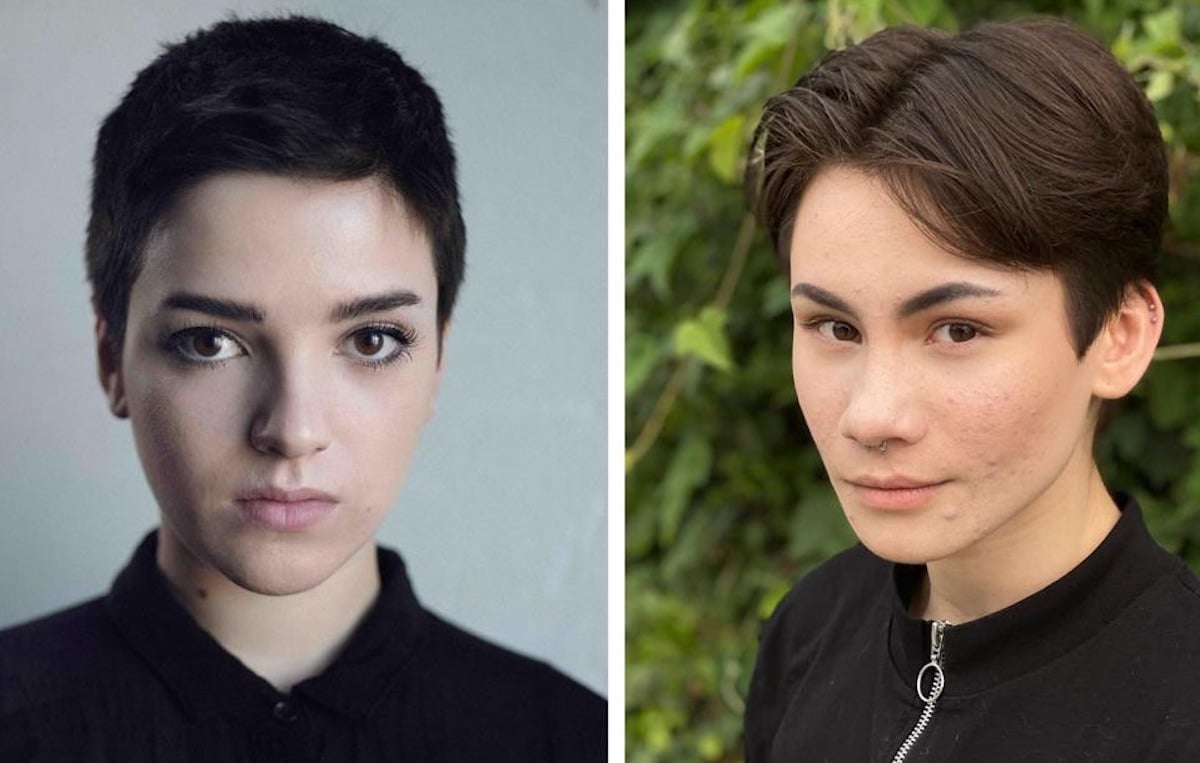 Star Trek: Discovery is moving the needle on long-needed LGBTQIA+ representation in the Star Trek universe. The show’s third season will feature both a trans character and a non-binary character. Discovery was also the first show in the franchise to feature a queer couple as part of the core cast with Lt. Commander Stamets (Anthony Rapp) and Dr. Culber (Wilson Cruz).

Variety has details on the forthcoming characters and their casting:

Ian Alexander (“The OA”) will play Gray, a trans man who has spent his life as a Trill planning to be a host for a symbiotic alien species that lives in different hosts over its lifetime.

It’s heartening to hear that Discovery creatives “worked closely with GLAAD, especially director of transgender media and representation Nick Adams, in crafting Gray and Adira for Season 3.” The show took quite a lot of heat for “burying its gays” after Dr. Culber was brutally murdered in season 1, seeming to upend the important step the Star Trek universe had taken.

At the time, Adams, acting as GLAAD’s spokesman in a public statement, echoed fans’ emotions about the plot decision. “GLAAD is mourning the death of a beloved groundbreaking character.” But GLAAD had also been consulted in advance by the show’s producers and given its blessing to the evolving storyline. Adams went on to note that, “… death is not always final in the Star Trek universe, and we know the producers plan to continue exploring and telling Stamets and Culber’s epic love story.”

This indeed proved to be the case, as Dr. Culber was resurrected mid-season 2, though as I wrote at the time, “I’m worried about every moment with Culber and Stamets now being reduced to them reliving their shared and separate traumas, again and again and again.” My fingers are crossed that Adams helped Discovery shape strong representation for Gray and Adira.

While I’m thrilled to see Alexander and del Barrio joining Discovery, I’m also adopting a “let’s wait and see” stance on this. It’s difficult to trust Discovery over the Culber mess, and Star Trek as a whole has a disappointing history of LGBTQIA+ representation.

As Variety points out, “Although the original ‘Star Trek’ TV series, which first ran on NBC from 1966 to 1969, was groundbreaking at the time for its depiction of Black and Asian characters, until the 2010s, the “Trek” franchise largely avoided LBGTQ characters of any significance.”

In 1992, the Next Generation episode “The Outcast” explored gender and sexuality through the J’naii, “an alien race that has no gender and views any expressions of gender or sexuality to be taboo.” After Riker falls in love with a J’naii, Soren, who eventually states that she identifies as female, she plans to run away with him, but is caught and forced through a therapy that eradicates her gender identity.

The episode was considered bold for its time, and provided frank commentary on the idea that identification apart from heterosexual and cisgender “norms” were often cruelly and unjustly treated, something to be forcibly “cured.” At her trial, Soren “expresses her outrage at what their society does to those who are different.” But Frakes thought “The Outcast” didn’t go far enough. He wanted Soren to be played by a male actor.

In 2016 piece answering fan questions on StarTrek.com, Frakes expanded on this:

I’m very proud of the episode. I have gone on record as saying that if they really wanted to tell the story, they should have cast a man instead of an androgynous woman. But maybe that wasn’t the story they wanted to tell. It’s a great episode, sort of classic Star Trek. Roddenberry, I think, would have approved of the way it addressed the issue through a science fiction story.

That Alexander’s character is a Trill means that some of the fraught and fascinating dynamics of past Trill depictions might finally get to be explored in more detail. After exhaustive training, select members of the Trill population are chosen to bond with a symbiote, which has had past lifetimes in many other host bodies. While you remain you, as a “joined Trill” you also take on the lived experiences, knowledge, and often the emotional connections and desires of all the hosts that came before you. DS9’s refusal to go deeper with its queer characters, including the Trill Jadzia Dax, who shared the franchise’s first onscreen queer kiss, has left many fans hoping that Gray will be able to run with themes that were glaringly ignored in the ’90s. This is particularly significant because the Trill have come to be viewed by some fans as coded representation for the trans community.

I’ll also add in the caveat that at this point, I’m not sure how much I trust Discovery to provide meaningful storylines for its characters. I’d love to be wrong here, but the show until now has not been much concerned with in-depth character exploration and development outside of its protagonist. The dazzling Sonequa Martin-Green is excellent as the headstrong Michael, but after two seasons I’d struggle to tell you much about the characters who surround her. I would very much like to see Michael’s crewmates evolve to better reflect her—and our—world.

We can’t ignore that across more than fifty years of Star Trek, hundreds of TV episodes, and many movies, we’re still looking to a single episode produced in 1992 for evidence of the franchise’s interest in exploring issues that impact the LGBTQIA+ community. I’m excited and ready for that to change, and the addition of trans and non-binary characters, played by actors who identify as such, is a great start.

It’s Labor Day! All other news is canceled! What did you see today?