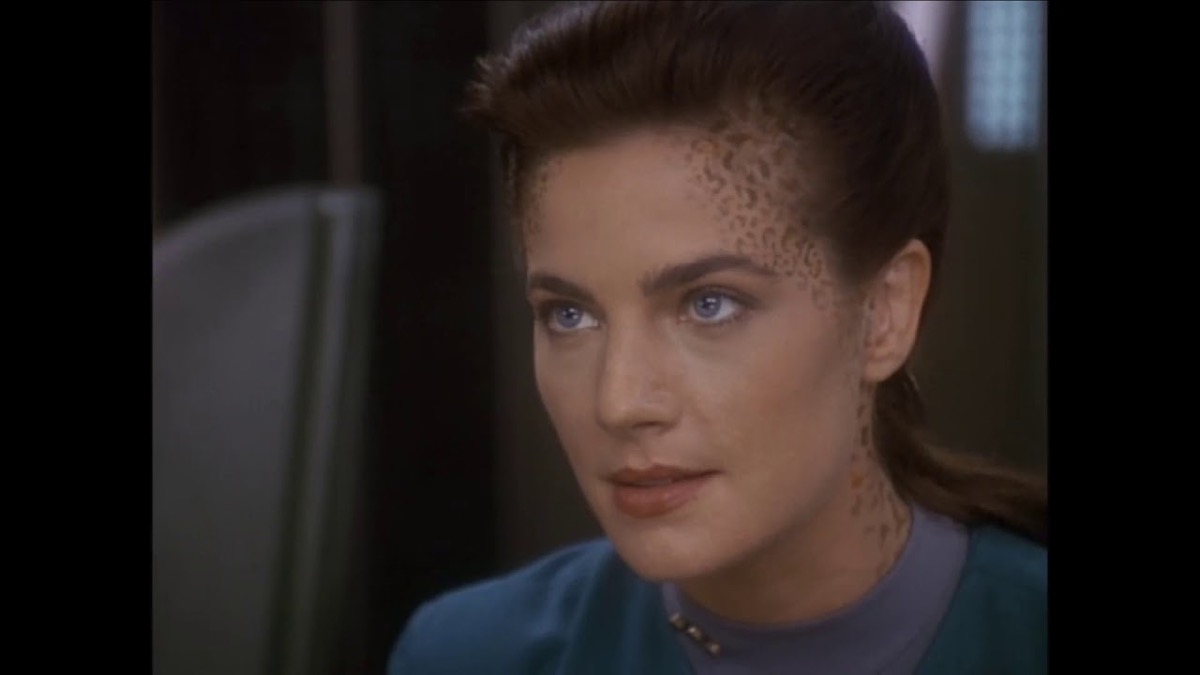 It’s no secret that Deep Space Nine is frequently regarded as the “black sheep” of the Star Trek franchise. Where The Original Series and The Next Generation featured a Utopian society full of veganism, comfy chairs, and a blissfully bigot-free society, Deep Space Nine focused on the dark, gritty underbelly of Gene Roddenberry’s idealistic future. However, it’s not just unique in terms of tone and subject matter; Deep Space Nine also spent an extensive amount of time delving into the vast cultural differences between the various inhabitants and crew of DS9. In fact, Deep Space Nine is the only Star Trek series where the majority of the main cast are alien, not human.

Although Deep Space Nine features an abundance of interesting species—Bajoran, Cardassian, Ferengi, just to name a few—there’s one species in particular that has left an unexpectedly meaningful impression on members of the LGBTQ+ community. Though it may not have been intentional, many fans of Deep Space Nine have come to view the Trill as coded representation for the transgender community.

For those unfamiliar, the Trill are a human-like species that sometimes serve as host bodies to organisms called “symbionts.” The symbionts move from host to host when the Trill they’re in dies, thus collecting decades of memories and experiences. When a Trill hosts a symbiont, they’re referred to as a “joined Trill” due to the fact that they share memories and some personality traits. Some members of the transgender community view the experience of a symbiont moving from one host to another to be (intentionally or unintentionally) at least partially representative of the transgender experience.

Though Star Trek is progressive in many ways, it doesn’t exactly have a great track record when it comes to LGBTQ+ representation. So, fans of the show seeking to identify with a species latched on to the Trill. Though it may seem unlikely that Star Trek writers intentionally created a character to mirror the transgender experience in the 1980s/90s, the practice of using science fiction as an allegory for real-life social issues deemed “taboo” is hardly new.

In their video essay “The Power of the Vampire Myth,” the Youtube channel Now You See It does an excellent job of breaking down how non-human characters (in this instance, Vampires) can be used as vehicles to tell all sorts of underrepresented stories—whether they’re about racism, antisemitism, or even homophobia. It’s in that vein of interpretation that the connection between joined Trill and the transgender experience was born.

The comparison is hardly a perfect one, but for a community that has seen little to no genuine representation for decades, the Trill represent a way for transgender viewers to identify with beloved onscreen characters. As explained by one transgender Star Trek fan, “There’s so little canon LGBT+ content in general, let alone Transgender-specific content, because a lot of it has been censored and banned throughout history, that sometimes we have to resort to queer theory to find characters that represent us. Whether it’s good representation or not, no one can deny that many of the Trill characters we’ve seen in the show have experiences that partially line up with transgender people in a way that makes them partially representative of the transgender experience.”

Star Trek has featured a handful of joined Trill over the course of a few different series, but when you hear the word “Trill,” there’s no character that comes to mind more frequently than Jadzia Dax, a science officer aboard Deep Space Nine. Dax has been a fan favorite among the Star Trek community for many reasons, but her inclusion on the show generated a much deeper look at the Trill species and the joined Trill than ever before.

Not only did Dax’s inclusion on the show lead to more Trill-centric episodes, but the way she’s treated by other characters is viewed by many transgender Trekkies as overwhelmingly positive. One frequently referenced moment is Jadzia’s interaction with Dahar Master Kor, a Klingon who knew Dax’s previous host, Curzon, in the episode “Blood Oath”:

To fans, this scene can be interpreted as a nod to the frequency of being “deadnamed”—that is, to be referred to by one’s name prior to transitioning. In this case, Kor’s instant acceptance of Jadzia as his friend’s identity is a shining example of how transgender identities can be treated with respect, understanding, and compassion. While it may not have been the writers’ intention, Jadzia Dax and the Trill will always be remembered not just as great Star Trek characters, but also as a way for transgender fans to see themselves represented in the Trek universe.