Well, Now We (Might) Actually Know Who the Villain in Star Trek 2 Is (Spoilers Below the Cut) 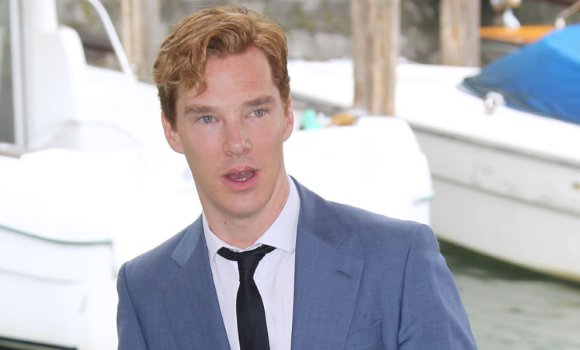 Huh. Well, Karl Urban‘s probably a little bit in trouble with his Star Trek bosses right about now. While on a promotional kick for his new film, Dredd,Urban was asked what it was like to work with Benedict Cumberbatch on the set of the upcoming Star Trek sequel. And then Urban, if he was indeed telling the truth, told the world who Cumberbatch would be playing.

Urban answered the question he was given, yes, but he also gave us a name. Here’s what he said:

“He’s awesome, he’s a great addition, and I think his Gary Mitchell is going to be exemplary.”

A lieutenant commander in Starfleet, Mitchell was an Academy friend of Kirk’s, and was later a helmsman on the Enterprise until, upon an encounter with the galactic barrier, he developed psionic abilities. These included but were  not limited to: hypercognition, telepathy, ability to control energy and manipulate matter, and an invulnerability to phaser weapons.

Mitchell was also, notably, on the list of villains that screenwriter Roberto Orci explicitly stated as NOT being a part of this film. So that’s a little fishy, but we have no idea what to make of it yet.

It is also notable that, obviously, the name Urban gave was not Khan, the character much of the speculation of Cumberbatch’s character was revolving around.

Word has yet to come from the powers that be (read: the film’s PR team), so so far nothing is official. But what do you think of the possibility of Cumberbatch as Mitchell?