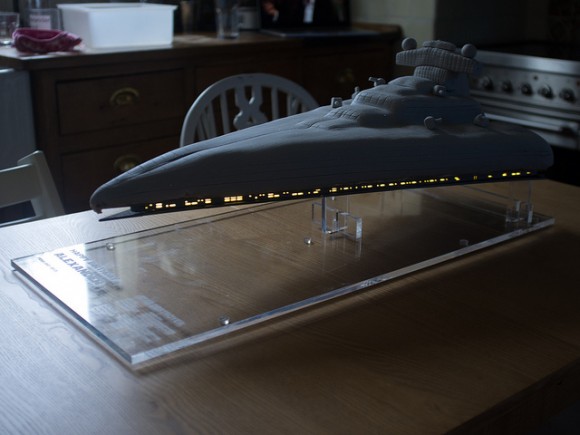 It’s even got light up thrusters on the back, but don’t worry. None of the electronic parts are meant to be eaten, they’re part of the base plate that the cake is resting on.