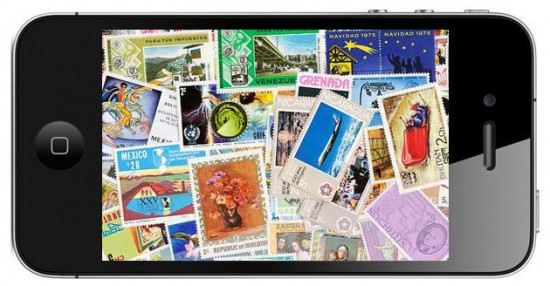 Danish philatelists (look it up) will soon be in mourning as the country’s post office has announced their intention to offer a digital alternative to postage stamps starting on April 1, 2011. Instead of affixing adhesive squares for proof of payment on letters, the new system will rely on text messages.

The system seems similar to systems in the U.S. which allow people to make charitable donations by sending a text to a pre-set number. The charge is then added to their monthly bill, and the money sent to the organization indicated by the sender. The only difference with the postage code system is that after the text is sent, the user receive a special code which they write on the envelope. The code is scanned at mail sorting facilities, and canceled just like a stamp.

Those philatelists I mentioned earlier might see this as the beginning of the end for postage stamps, and mourn the passing of the artistic little squares. However, I would point out that with this new system, anything you want could be made a stamp. A sticker, a painting, a drawing made by the sender themselves. The possibilities are endless.

The hope is that offering a digital payment system will make it easier to send mail, and perhaps increase system usage. Digital stamps first debuted in Germany, and now Sweden is also looking at starting a similar program later this year, and perhaps success in these two countries will make other postal systems consider adopting it.

Now, it is worth pointing out that while I’ve seen many sources corroborating the story, the fact that it is scheduled to be begin on April 1st gives me pause. It is extremely unlikely that someone would stage so elaborate a prank based around the Danish postal system, but if that turns out to be the case: we warned you.

(The Local via The Daily What, image via Tecca)