Squad Goals: 7 Great Female Characters of 2018 You May Have Missed 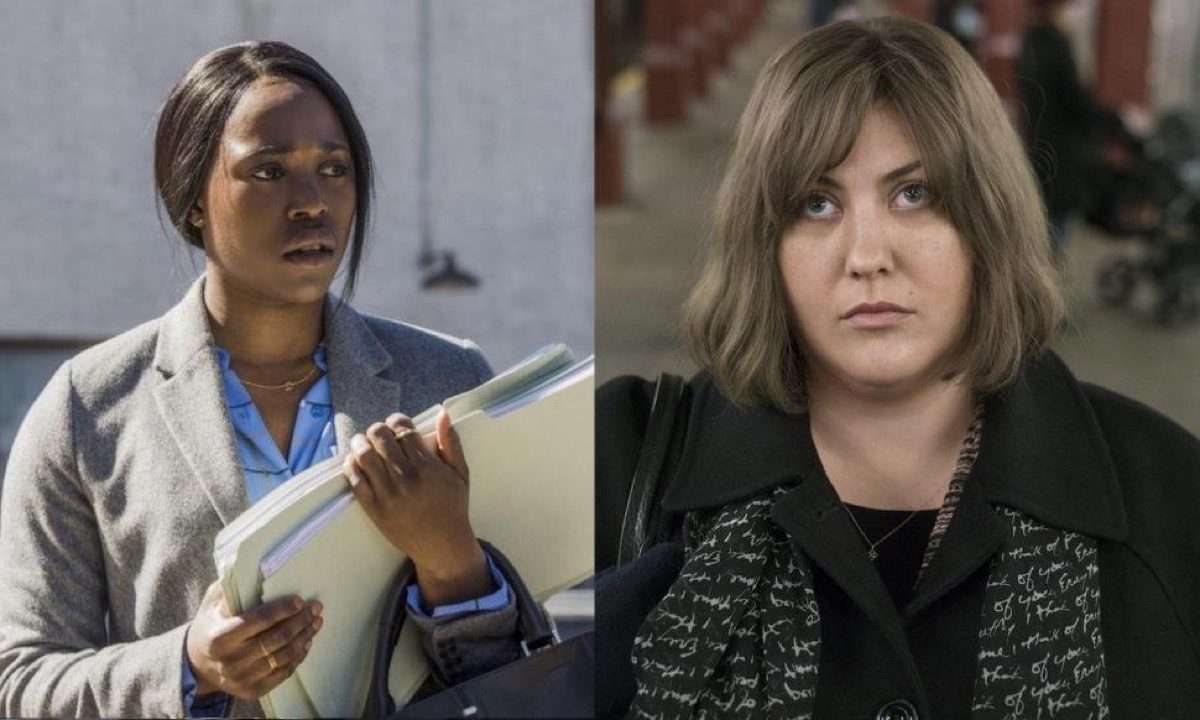 To the extent that art created by countless different people for different purposes can have a common theme, the years since the 2016 presidential election (Google informs me there have been two such years, which is surely off by at least 50) have sometimes seemed like jumbled-up Kubler-Ross stages of grief when it comes to female characters.

In 2017, particularly as the #MeToo movement took off in its later months, these characters rang with rage and righteous fury. In 2018, those elements are still there, perhaps unsurprisingly, since the conditions that birthed them are, as well.

However, many of the year’s best female characters have been more complicated, morally and narratively, from the cornered, reluctant teammates who are the title characters of Widows, to Sharp Objects’ tormented, self-harming journalist Camille Preaker, to the borderline-absurdist power trio of schemers at the heart of The Favourite. And for the third year, here are my picks for some of the similarly complicated, flawed, but undeniably brilliant and badass female characters you may have missed in 2018. 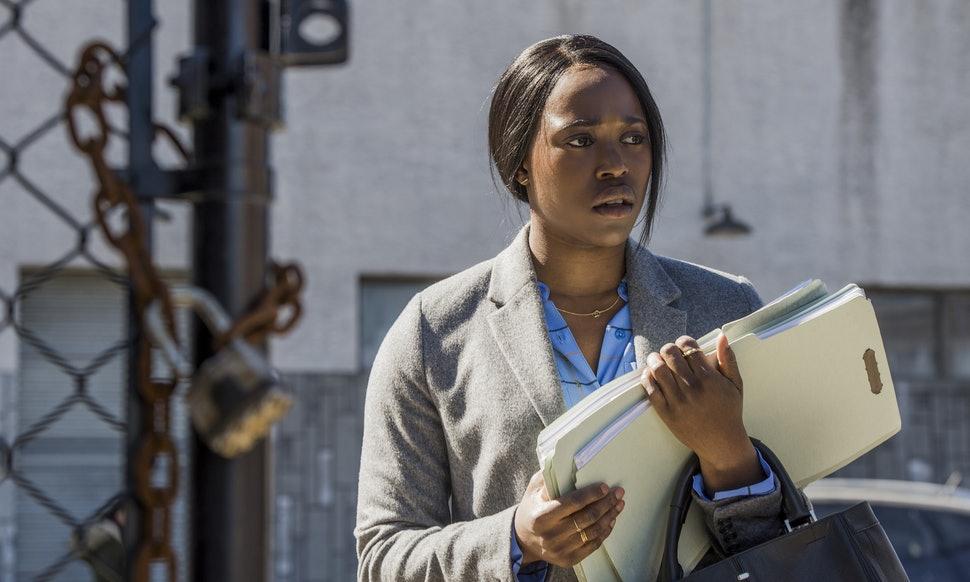 Shortly after this series was released, Netflix abruptly announced that it was intended as a limited series and wouldn’t be back. While the series works perfectly well as a self-contained series, it was a real shame to get confirmation that the book had been closed on the stellar writing and performances, particularly KJ (Clare-Hope Ashitey). When a black Jersey City teen is left for dead after a hit-and-run involving police officers, it falls to assistant prosecutor KJ, whose natural disadvantages as a black woman are compounded by her alcoholism and fiery temper, to make the case against the cops.

The series is as hard to watch as it sounds (not least because it will, no fooling, make you physically cold), but Ashitey is brilliant as KJ, a sort of throwback to the kind of flawed idealists carrying the weight of the world you’d find in the films of Sidney Lumet or the novels of Dennis Lehane. Just as in real life, the issues KJ is confronting have no tidy solutions, but she’s in it for the long haul. 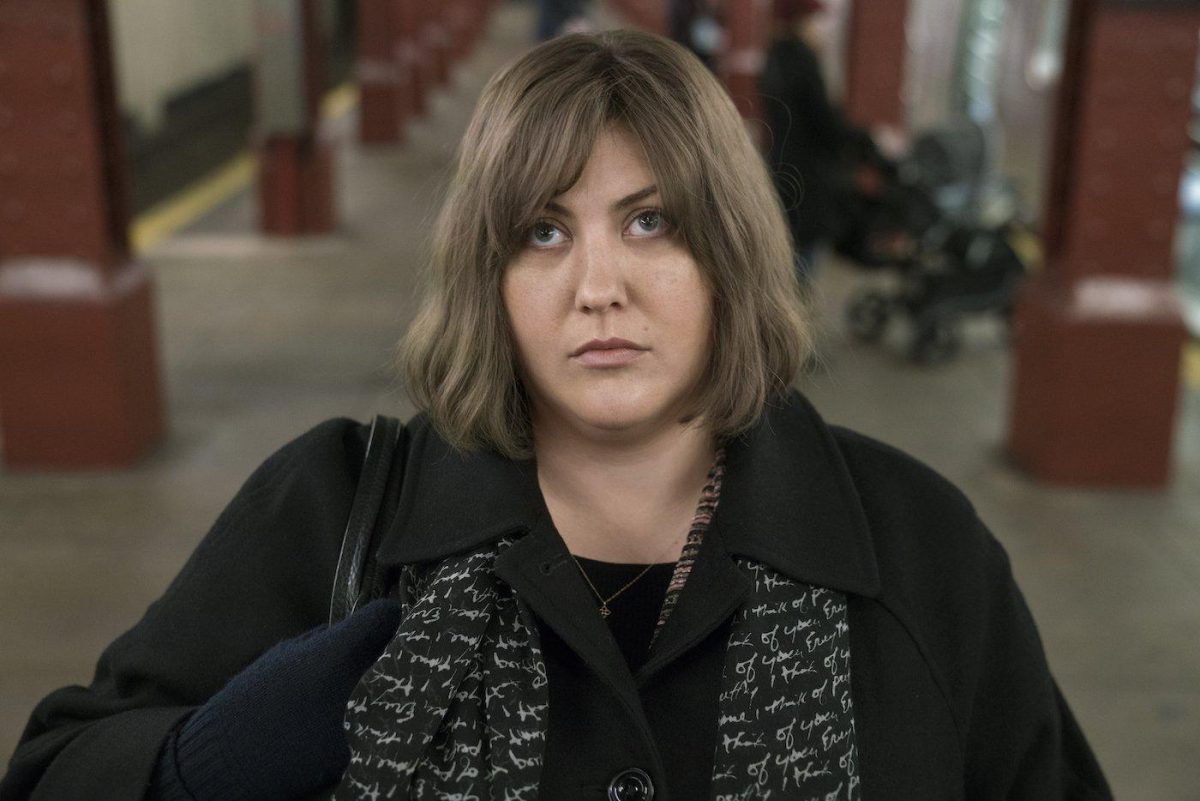 Stephanie “Plum” Kettle (Joy Nash) lives what Thoreau called a “life of quiet desperation.” The ghostwriter for the advice column of a Cosmo-esque magazine, Plum has hated her body for as long as she can remember and is scrimping for the weight-loss surgery she’s convinced will finally make her happy.

The path she’s laid out for herself takes an unexpected detour when she meets the heiress to the diet-plan empire that’s dogged Plum’s life, who asks Plum for a chance to broaden her perspective and sweetens the deal by guaranteeing the cost of the surgery if she’s not satisfied.

Plum is drawn deeper into a mysterious feminist commune as, in the background, a militant group begins creatively dispatching notorious sex creeps by dropping them from airplanes. There’s so much going on here that it would be easy for a character like Plum to be a passive blank slate, but Nash’s titanic performance and Sarai Walker’s source material make her a compelling character all on her own, a hero’s journey very specifically for the fraught path walked by a woman who doesn’t fit narrow beauty norms.

Like Seven Seconds, AMC’s series is also (unfairly) a one-seasoner, so check it out when you’ve got a couple days to spare. 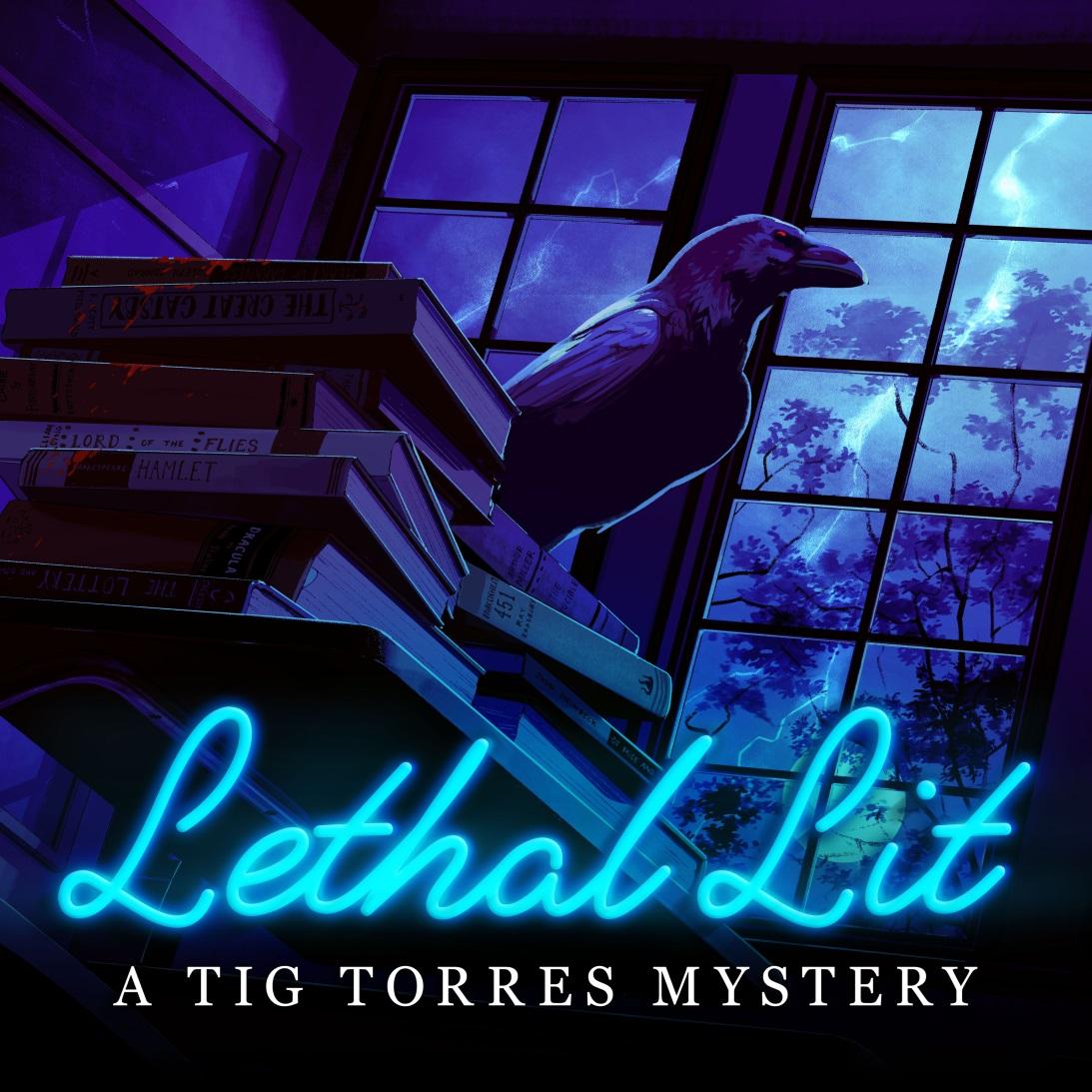 Since podcasts are roughly analogous to the radio dramas of past decades, I’m always fascinated by attempts to use the format for the same kind of serialized narrative fiction. So far, this six-part podcast from The Archies writer Alex Segura is probably my favorite attempt. Tig, an aspiring journalist/detective, has been transplanted from New York back to her hometown of Hollow Falls years after the suicide (or was it?) of her beloved aunt, who was increasingly suspected of the “Lit Killer murders,” a spate of crimes based on famous literary deaths.

If you loved, or still love, teen-skewing mystery series, Tig will be right up your alley, combining the old-school pluck of a Nancy Drew with the edgier vibe of more recent series like Veronica Mars or Riverdale. Production company Einhorns Epic Productions was “always on the lookout to create new, diverse heroes, and they wanted to take that philosophy to the podcast platform. Would I be interested in co-creating a YA/crime fiction podcast starring a tough, smart latinx teen heroine? I couldn’t say ‘yes’ fast enough,” Segura wrote for Boing Boing in October.

The result is something fantastic that manages to evoke a less immediate time when you thought you’d die of suspense waiting for that next issue to come out. 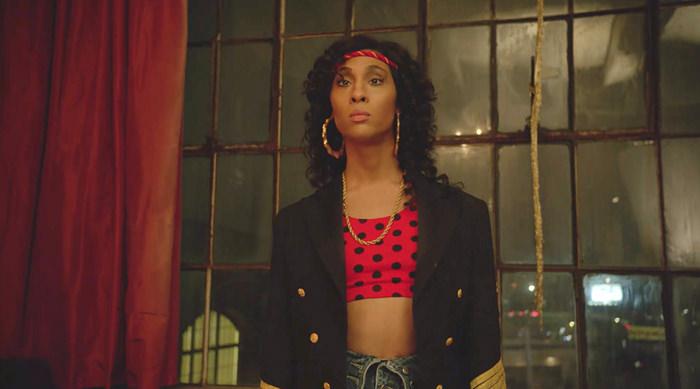 Throw a rock and you’ll hit someone who either hates or loves Ryan Murphy, but this series, about the “balls” that served as a safe space for predominantly black and Latinx gay and trans New Yorkers in the ‘80s, is perhaps his finest work. Expelled from her performance “house,” Blanca Rodriguez (Mj Rodriguez) decides to start her own and becomes a maternal figure to fellow outcasts, including small-town boy Damon (Ryan Jamaal Swain), street hustler Lil Papi (Angel Bismark Curiel), and hopeless romantic sex worker Angel (Indya Moore).

All of these characters (and those outside the house, like irrepressible MC Pray Tell or reigning ball Mean Girl Elektra) are complex, compelling, and entertaining, but it’s Blanca who’s the heart of the show, a woman whose rough treatment in a cold world has only made her kinder because she knows she wants to protect everyone else from it.

If you only watch one episode, make it “Mother’s Day,” the fifth of the series, in which Blanca returns to her childhood home to pay her respects to the mother who never accepted her identity. Makeup will be ruined. 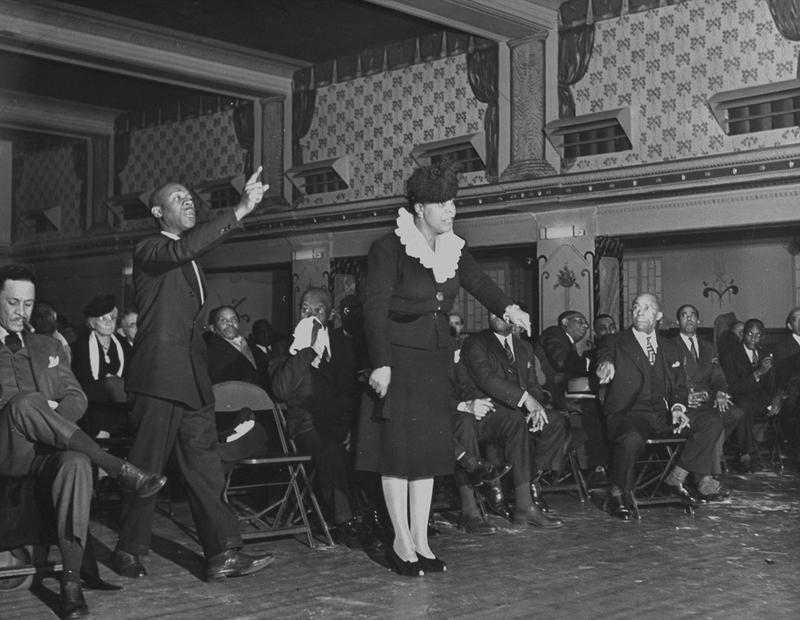 For the second consecutive year, I’m going to cheat by including a non-fictional character who was simply spotlighted this year because, well, it’s my damn article.

In her day, Carter was one of the most famous black women in America, but today she’s largely forgotten by history. This was a situation her grandson, Stephen, a novelist and law professor at Yale, refused to accept, leading him to write this stellar biography of her.

Hunton was the only member of New York special prosecutor Thomas Dewey’s dream-team of prosecutors who wasn’t a white man, and it was through her tireless work and research that Dewey would successfully get Lucky Luciano, the seemingly untouchable founder of modern organized crime, convicted for profiting off of sex work.

Since Eunice was, again, a real, complicated human being, her story didn’t end there; even as the prosecution of Luciano made the career of basically everyone involved, Eunice was never able to secure the federal judgeship she’d long hoped for, due in part, naturally, to her race and gender, but also to her brother Alphaeus’ membership in the Communist Party.

The younger Carter’s combination of extensive research, documentation, and firsthand emotional connection makes this one a must-read even if, like me, you don’t usually go in for biographies. 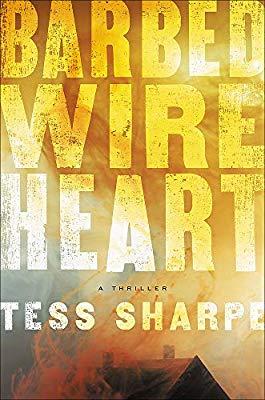 A lot of young women suffer from the weird tangle of expectations and condescension that come from being the daughter of a man outstanding in a male-dominated field. Fewer of them have to deal with that specific field being organized crime.

Harley is the heir to one of the biggest criminal empires in Northern California, and is serving as her father Duke’s factotum as our story begins. What the rest of Duke’s organization, as well as his vicious rivals, don’t know, is that he’s not away on business, as Harley claims, but on his deathbed.

It would be easy for a character like Harley to fall into cookie-cutter Strong Female Character-dom in the wrong hands, but author Tess Sharpe makes her precisely the opposite, a woman who’s wise beyond her years, fiercely protective of women and girls without her advantages, and smart enough to take advantage of arrogant men’s low expectations. 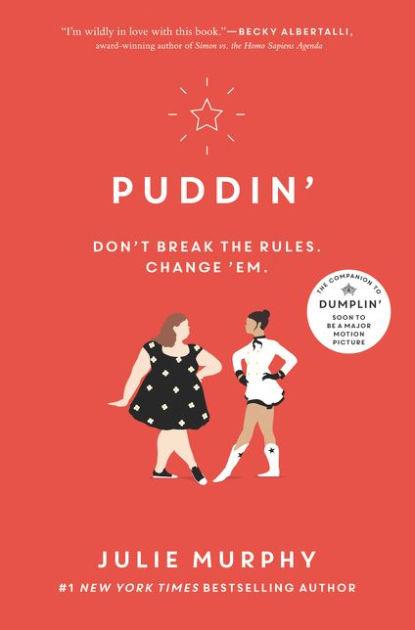 Millie made her debut as a supporting character in Murphy’s Dumplin’, the adaptation of which will be available to watch on Netflix by the time you read this, but it’s in this spinoff/companion that she really gets the chance to shine.

No one would blame Millie for having a shitty attitude; she’s a plus-size girl tormented by her weight-obsessed mother and the vicious hierarchy that is a small-town high school. Despite this, she’s unflappably kind, optimistic, and empathetic, all of which comes in handy when she and fallen dance-team queen bee Callie Reyes meet on Callie’s way down the social ladder.

While Callie and Millie may share the cover and the narration, Puddin is particularly charming as an example of just how well Murphy has fleshed out her own characters and universe. A whole, rich other life exists adjacent to your own, Millie’s narration tells both her peers and the reader, and if you pay attention to it, you stand to learn something.