You know when a film wins you over with just its premise and cast? That’s what The Favourite is for me, with its promise of eighteenth-century power struggles, female power dynamics, duck racing, and this specific frame of Rachel Weisz: 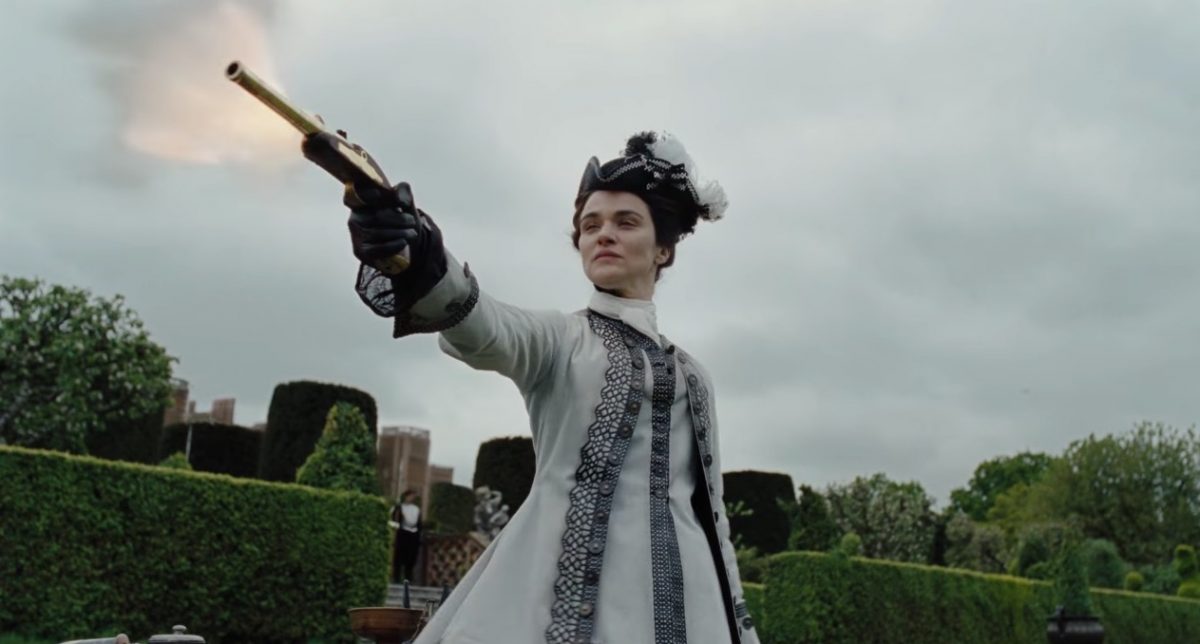 The film comes from director Yorgos Lanthimos, whose distinct strangeness, humor, and style we’ve seen in films The Lobster and The Killing of the Sacred Deer come through in the trailer. While this film does not include Colin Farrell, Lanthimos is reunited with both Weisz and Colman who appeared in The Lobster.

“Early 18th century. England is at war with the French. Nevertheless, duck racing and pineapple eating are thriving. A frail Queen Anne (Olivia Colman) occupies the throne and her close friend Lady Sarah (Rachel Weisz) governs the country in her stead while tending to Anne’s ill health and mercurial temper. When a new servant Abigail (Emma Stone) arrives, her charm endears her to Sarah. Sarah takes Abigail under her wing and Abigail sees a chance at a return to her aristocratic roots. As the politics of war become quite time consuming for Sarah, Abigail steps into the breach to fill in as the Queen’s companion. Their burgeoning friendship gives her a chance to fulfill her ambitions and she will not let woman, man, politics or rabbit stand in her way.”

The Favourite comes to select theaters November 23rd. Are you going to check it out?