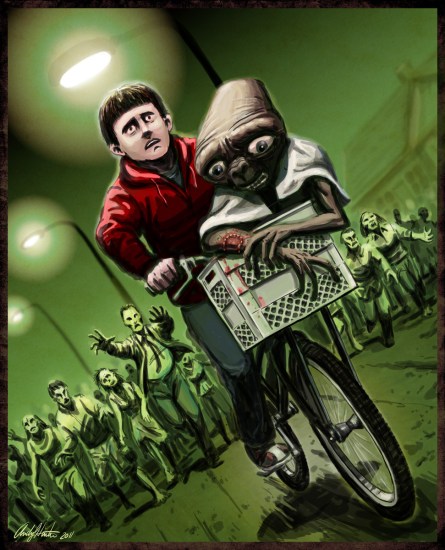 This amazing image, horrifically titled “Pedal Faster, Elliot!” is the work of artist Andy Hunter and posits what would happen if there were a zombie outbreak in the midst of the film E.T.. The work is part of a series over at the pop culture mashup site Draw2D2 that features the work of numerous artists re-imagining classic Steven Spielberg films with zombies.

Will there be zombie sharks, zombie dinosaurs, and zombie aliens? Yes. Yes, indeed. 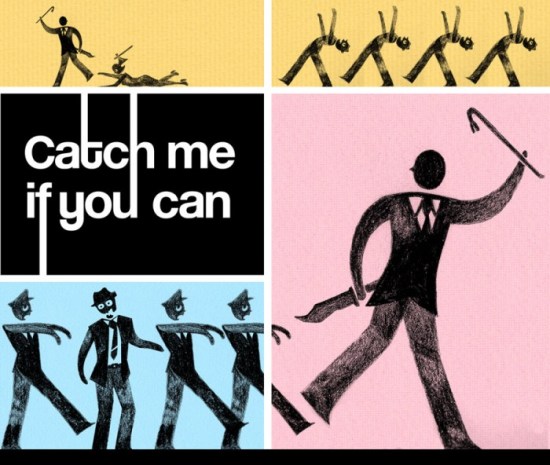 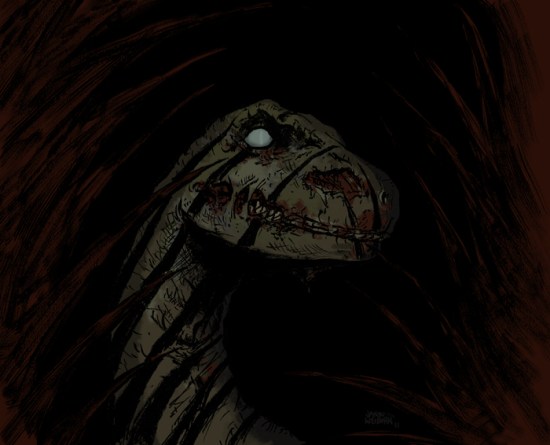 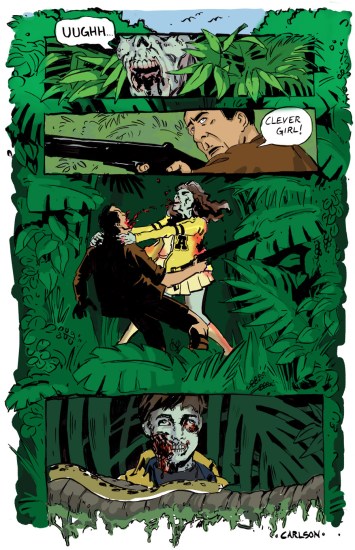 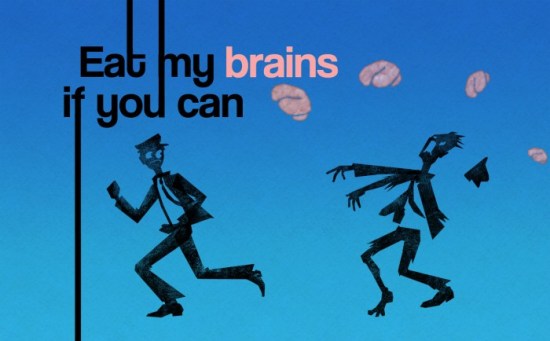 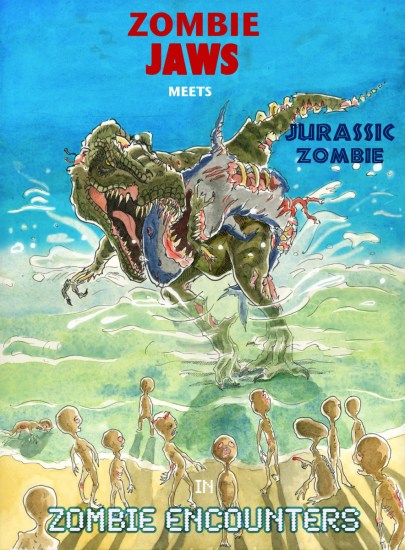