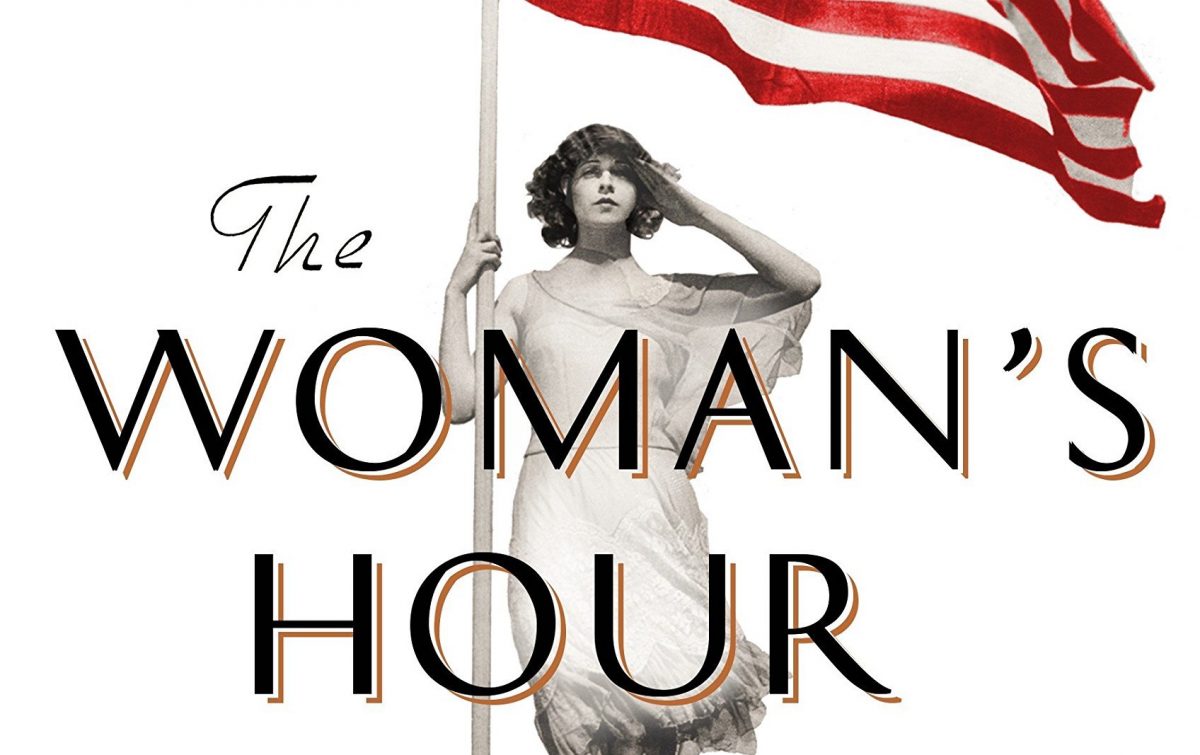 “Steven Spielberg and Hillary Clinton Are Teaming Up on a New Project” might not be a headline you were expecting, but it actually makes complete sense. I mean, if Barack and Michelle Obama are Netflix producers now, it’s not entirely surprising that Clinton might be making moves to working in socially-conscious entertainment as well.

The Hollywood Reporter shared that Clinton and Spielberg are reportedly developing a television series that will be an adaptation of Elaine Weiss’ book The Woman’s Hour: The Great Fight to Win the Vote.

“Nashville, August 1920. Thirty-five states have ratified the Nineteenth Amendment, twelve have rejected or refused to vote, and one last state is needed. It all comes down to Tennessee, the moment of truth for the suffragists, after a seven-decade crusade. The opposing forces include politicians with careers at stake, liquor companies, railroad magnates, and a lot of racists who don’t want black women voting. And then there are the “Antis”–women who oppose their own enfranchisement, fearing suffrage will bring about the moral collapse of the nation. They all converge in a boiling hot summer for a vicious face-off replete with dirty tricks, betrayals and bribes, bigotry, Jack Daniel’s, and the Bible.

Following a handful of remarkable women who led their respective forces into battle, along with appearances by Woodrow Wilson, Warren Harding, Frederick Douglass, and Eleanor Roosevelt, The Woman’s Hour is an inspiring story of activists winning their own freedom in one of the last campaigns forged in the shadow of the Civil War, and the beginning of the great twentieth-century battles for civil rights.”

The story of the women’s suffrage movement in America is an incredibly important one, and in an age where the majority of Americans don’t vote, it feels like an appropriate story to tell. It’s also incredibly important, also, that the image of the suffragettes includes the racism embedded in their ideology as well as among their leaders—a fact that the book’s synopsis appears to gesture towards.

One of my biggest issues with Spielberg’s most recent historical film, The Post, was the way it hit all the expected points of a historical Oscar film in a way that was wholly entertaining, but rarely compelling—we already know what the “right” thing to do is, and we know that they’re going to do it. What makes a historical film where we already know the ending interesting, but more importantly, relevant and important, is recognizing where the stakes of the film align with our own. I’m eager and keen to see how Clinton’s participation in the project—reportedly as “actively involved in the search for a writer and eventually the script, director and casting”—will come through in the final product.

On telling the story, Clinton told the The Hollywood Reporter, “At the heart of democracy lies the ballot box, and Elaine Weiss’ unforgettable book tells the story of the female leaders who — in the face of towering economic, racial and political opposition — fought for and won American women’s right to vote. Unfolding over six weeks in the summer of 1920, The Woman’s Hour is both a page-turning drama and an inspiration for everyone, young and old, male and female, in these perilous times. So much could have gone wrong, but these American women would not take no for an answer: their triumph is our legacy to guard and emulate. I am thrilled to be working with Elaine, Steven and everyone at Amblin Television on bringing this important project to audiences everywhere.”

What do you think about The Woman’s Hour? Are you going to be watching?