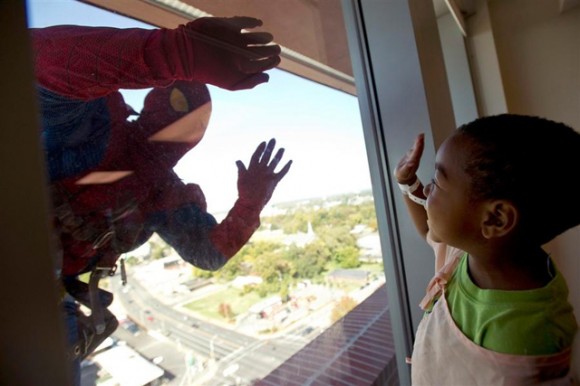 Employees from the American National Skyline company had a little fun with their job recently. The crew at Le Bonheur Children’s Hospital in Memphis, Tennessee donned superhero costumes to surprise patients. Hit the jump to check out one more shot of the window washers as Marvel characters. 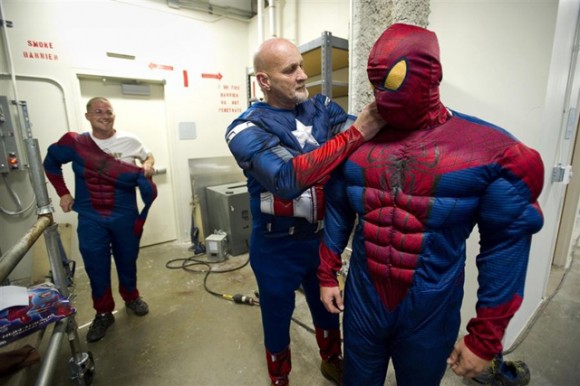 Seriously? How adorable is this?