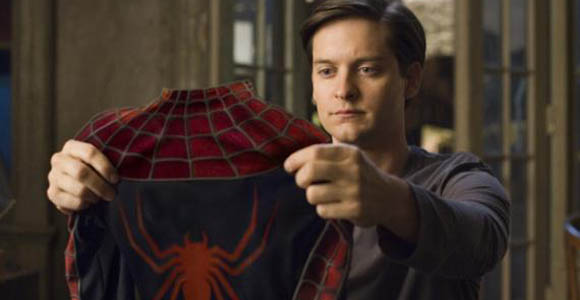 Who says you have to get bitten by a radioactive spider to get the power of Spider-Man? One student has used technology to acquire a spidey-sense.

Victor Mateevitsi is a a computer science grad student at University of Illinois at Chicago. He hopes his invention, which takes a lot of inspiration from Marvel’s Spider-Man, could have applications for cyclists and the visually impaired. What does his special suit do exactly? It warns the wearer when something is near them. He calls it SpiderSense.

The suit is composed of small, robotic arms encased in microphone-equipped modules attached to one’s body. The mics send out and receive ultrasonic reflections from objects within one’s environment. If the ultrasound detects a person or thing moving closer to the mic, the robotic arms respond by putting pressure on the corresponding body section from wherever the “threat” is coming.

“When someone is punching Spider-Man, he feels the sensation and can avoid it. Our suit is the same concept,” Mateevitsi told New Scientist.

Mateevitsi tested the suit on fellow students who were able to sense an approach 95% of the time while blindfolded.