I kinda wish we could all go live in Marvel’s Earth-65.

If you picked up this week’s Radioactive Spider-Gwen #2, you know that there’s a new Captain America in town! Well, at least in this glorious universe. She was introduced at the end of Issue #1, and now we get to see how she came to be as we get some sweet, sweet backstory.

Her name is Samantha Wilson, and rather than having been frozen in ice, she’s a time-traveling adventurer (who also fights inter-dimensional threats with Moon Boy and Devil Dinosaur) who gets lost in time and space for eighty years. 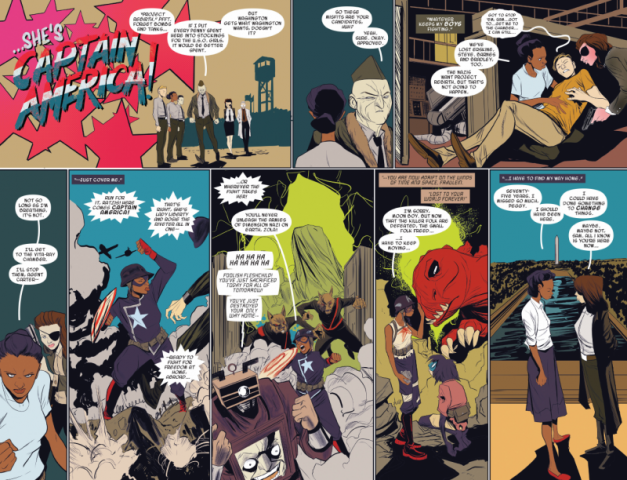 Why yes, that IS Peggy Carter wearing an eyepatch as Director of S.H.I.E.L.D! This universe is so rad. Check out the full story on Samantha Wilson and her road to the mantle of Captain America, which is included in the back of the issue: 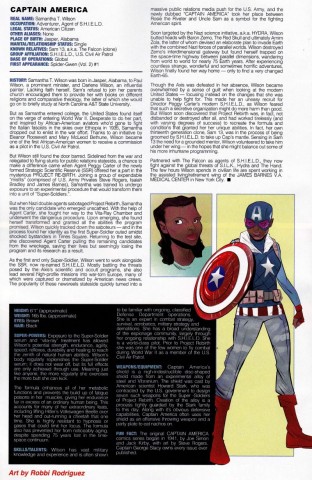 Jason Latour and Robbi Rodriguez’s Radioactive Spider-Gwen is a world I think I’d love. I haven’t yet picked up this title, but now I kinda need to.

What do you think of Radioactive Spider-Gwen so far? Are you digging Earth-65?

(via io9; images via Marvel Comics)