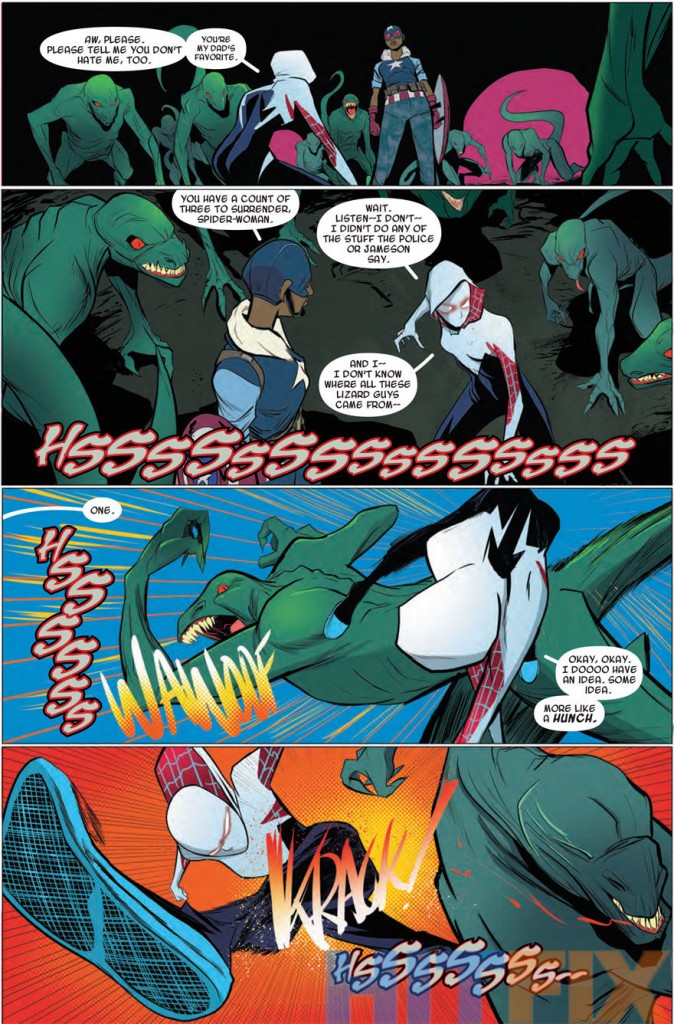 HitFix has a preview of Spider-Gwen #2, wherein our titular hero faces off against some lizard people and runs into Captain America. But of course, this being an alternate universe that’s known for upending our conventional ideas of what heroes look like, Captain America isn’t Steve Rogers or even Sam Wilson.

This Cap is as of yet unnamed, but oh my gosh she’s fantastic, isn’t she? She’s got that no-nonsense attitude but is totally cool with toying around with Gwen as they fight. She’s got goggles on her helmet similar to Sam Wilson’s, but even then that might be reaching just a little bit.

If you want to find out who she is, and why she’s fighting Spider-Gwen (!), check out this upcoming issue, hitting stores November 11th. You can (and should!) also check out the full preview over at HitFix.