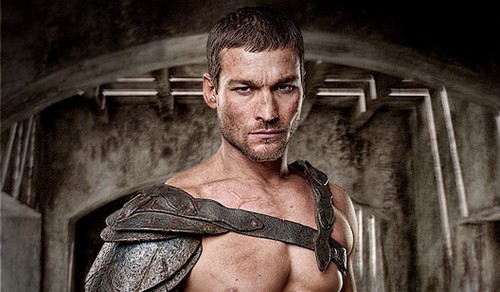 Just about a year after announcing that he could not return to play the title role in Starz‘ Spartacus series because of a recurrence of non-Hodgkin’s lymphoma, Andy Whitfield has passed away. He fought the disease for 18 months before succumbing at the age of 39. According to a statement from his family, he was “surrounded by love” in Sydney, Australia.

From his wife, Vashti:

“On a beautiful sunny Sydney spring morning, surrounded by his family, in the arms of his loving wife, our beautiful young warrior Andy Whitfield lost his 18 month battle with lymphoma cancer. He passed peacefully surrounded by love. Thank you to all his fans whose love and support have help carry him to this point. He will be remembered as the inspiring, courageous and gentle man, father and husband he was.”

The President and CEO of Starz, Chris Albrecht, also released a statement on behalf of the company:

“We are deeply saddened by the loss of our dear friend and colleague, Andy Whitfield. We were fortunate to have worked with Andy in Spartacus and came to know that the man who played a champion on-screen was also a champion in his own life.”

After completing Spartacus: Blood and Sand was when Whitfield found out that he had cancer the first time. He was diagnosed in March 2010, but by that July, he was interviewed at Comic Con, saying he was ready to return to the set that October. But that September, both Whitfield and Starz released statements saying that the actor would be unable to continue playing Spartacus and that the role would be recast. Liam McIntyre won the role this past January, with Whitfield’s blessing.

His co-star, Lucy Lawless had an incredibly heartfelt tribute:

“Obviously, Andy Whitfield left an indelible mark on all of us in the Spartacus family. He was a gentle man who never said a bad word about anyone, a gifted photographer, engineer (no really!) and a brilliant actor. Andy’s incandescent film presence made men want to be him and women want to marry him. Andy’s two babies will always know that their Daddy cherished them and their mother, Vashti, above all things. How lucky we were to have him grace all our lives. Godspeed, Andy!”

And now, Whitfield leaves behind his wife and two children. Born in Wales, he worked as an engineer before he moved to Australia in 1999 where he started his acting career. He had appeared on the TV shows Packed to the Rafters and McLoed’s Daughters, but was pretty much an unknown when he was cast as Spartacus. After appearing in the full 13-episode season of Spartacus: Blood and Sand, he had completed some voiceover work for the second season, a prequel to the first, Spartacus: Gods of the Arena, which aired earlier this year.

Last summer, he even teamed up with Freddie Wong for this YouTube video:

From a Welsh engineer to a stunning portrayal of a legendary slave-turned-gladiator, but also a family man who loves his fans enough to show up at Comic Con and do an Internet video. We have lost a good one.