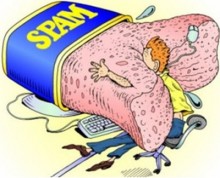 Not too long ago, the Daily Dot wrote an article describing how to spot a spammer on Pinterest. They focused on a user named final-fantas07, and not too long after the article went up, the very same user contacted the Daily Dot and divulged interesting details regarding his operation, including that he makes around $1,000 a day spamming Pinterest, and expects that number to jump to $2,000 to $2,500 soon.

First off, if you’re wondering how anyone actually makes money spamming the Internet, the general concept holds true across most platforms: The actual spam doesn’t generate money, but getting enough people to click on whatever links the spam contains could lead to money. So, you blanket as much of the Internet as you can, and out of the millions of people you hit, you make money from the very small amount of people that actually follow through and click your spam.

Final-fantas07’s method for spamming Pinterest is no different. The 24-year-old Steve currently doesn’t have a real job, though he has three associate degrees in aviation. He has spammed networks before, citing Facebook and Twitter as two of the networks, but says Pinterest is by far the easiest social network to spam, as users do not have to invest any sort of money in it to get started, and all a spammer needs to know is how Pinterest works.

Steve started spamming Pinterest on February 20, 2012 — not that long ago — and is already making around $1,000 a day. He said when he started spamming Pinterest, he manually posted links for four hours one day, let them sit overnight, then found he made around $20 the next day. So, he decided to automate the process, and employed the use of bots, which is when he saw his profits dramatically increase. Steve employs multiple accounts and bots, and says he uses over 10 GB of bandwidth per day just to spam.

Steve posts links to products on Pinterest, and with the help of his Amazon Affiliates account, he stands to get a bit of money when people click on his product links. Steve says his accounts and bots rarely get shut down, as Pinterest has difficulty discerning the difference between a pin that is spam and a regular pin — and if you have ever used Pinterest, it’s pretty easy to see that a basic non-spam pin and a basic spam pin are fairly identical; just a pin of a product.

So, if you find yourself on Pinterest and are worried about clicking on a product that’ll give money to a spammer, keep in mind, though spam is obnoxious, on Pinterest, it’s not much different than someone who isn’t a bot posting a pin of a product they like.