But what about the curtains??? 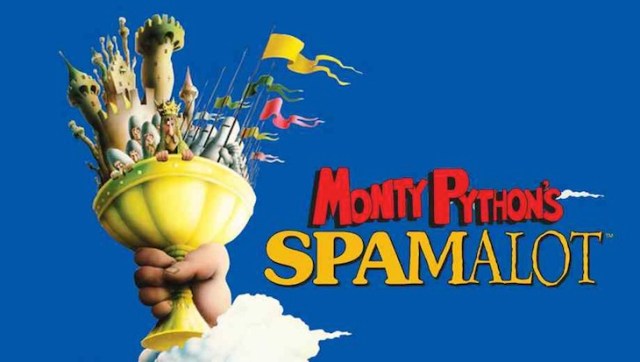 No doubt the theater nerds at South Williamsport Junior Senior High School in Lycoming County, Pennsylvania were excited to learn they’d be performing the hit musical Spamalot next spring, because if there’s one thing I remember from being a high school theater nerd, it’s that there’s a lot of Monty Python overlap there. Well, too bad, nerds! You’re not allowed. No more singing from the diaphragm-a-lot for you.

According to a report from a local news outlet, school administrators decided to drop the musical for material they believe is inappropriate for their students, and will expect the drama department to pick another show in its place. People within the community seem to think the driving force behind this cancellation is because of a marriage between two men which takes place at the end of the musical.

Of course, there are much more inappropriate aspects of the play for younger audiences–like when the Lady of the Lake does a strip tease with a giant suit of armor, or when multiple characters are mutilated by an adorable fluffy rabbit. Or, you know, there’s that whole Fiddler on the Roof song devoted to how you can’t successfully put on a Broadway musical without, as they put it, “any Jews.” Heck, even Lancelot gets an overly stereotypical and ridiculous song about how gay he is, which he spends the entire number denying. But okay, it’s the wedding that’s a problem.

To be honest, though, this might be best for the students in the long run–not because, as the principal suggested in an email to the drama department head, homosexuality “does not exist” in their community (spoiler alert: it does), but because it’s a ridiculously difficult musical to do, and there aren’t a whole lot of women in it. Trust me, you need a musical with a lot of female roles in it for a high school performance. Otherwise there just aren’t enough parts to go around.